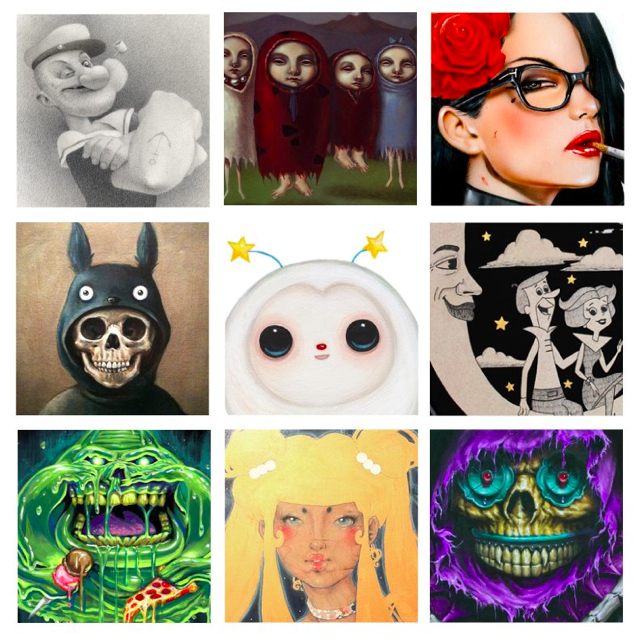 Gag Me With a Toon 4 preview art

WWA gallery in Culver City, California is presenting Gag Me With a Toon 4: Fvck Yeah!, the fourth annual exhibition of art homages to Saturday morning cartoons. The show’s opening reception is Saturday, March 17, 2012 from 7 pm to 11 pm and it runs through April 21, 2012. The show is curated by Steven Daily and Tomi Monstre.

The creation of Steven Daily, Gag Me with a Toon began as a nod to the cartoons of the 80s that influenced his and many of his peers artistic styles. Now exceedingly popular, the show has moved to WWA gallery in order to accommodate all the artists eager to participate and its anxiously awaiting fans.

Along with the change in venue, Gag Me with a Toon has also broadened its scope to include shows from the 70s and 90s as well. So no matter when you plunked yourself drooling in front of the old tube there is sure to be a piece that will transport you back to simpler days. 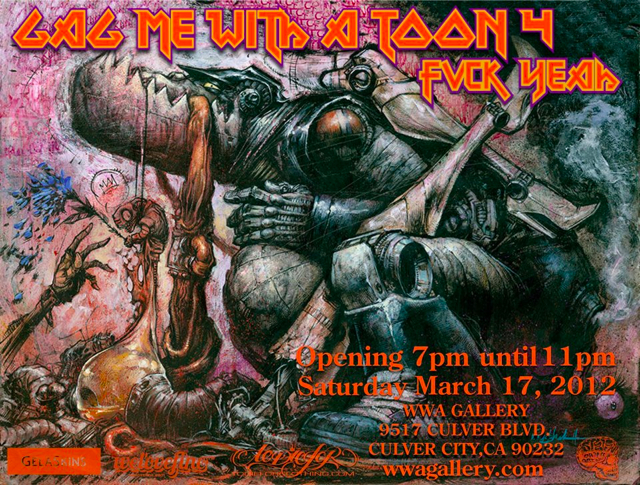