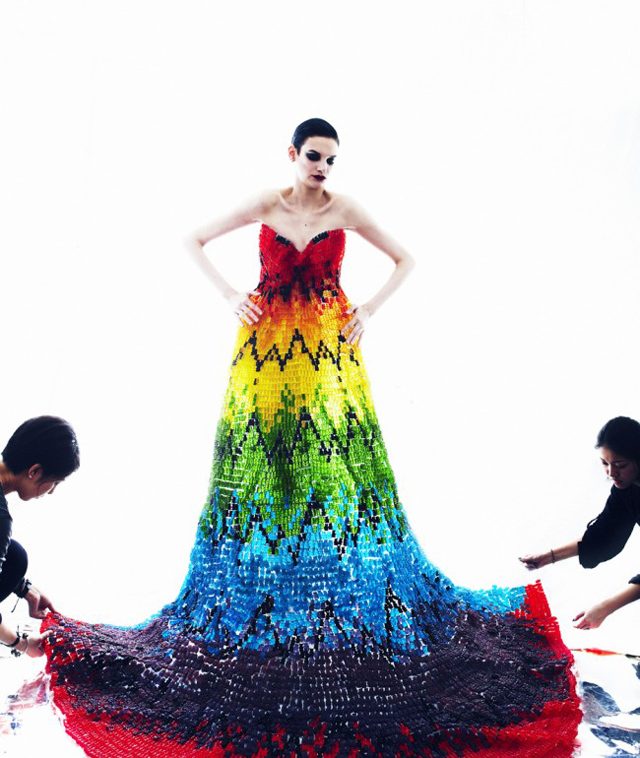 For TWELV magazine’s debut issue, Hissa Igarashi and Sayuri Marakumi created a 220 pound full-length gown dress out of 50,000 candy gummy bears. The gown is an homage to the late designer Alexander McQueen.

To create the masterpiece, steel wire was twisted into the shape of the dress and covered with a sheet of vinyl. Then 50,000 gummy bears were painstakingly glued on by hand in a colorful pattern reminiscent of a Chevron rainbow.

Taking three weeks to complete, the final dress was fitted exactly to MAJOR model Jessica Pitti’s measurements. And weighing in at approximately 220 pounds, required the strength of three adults to move. 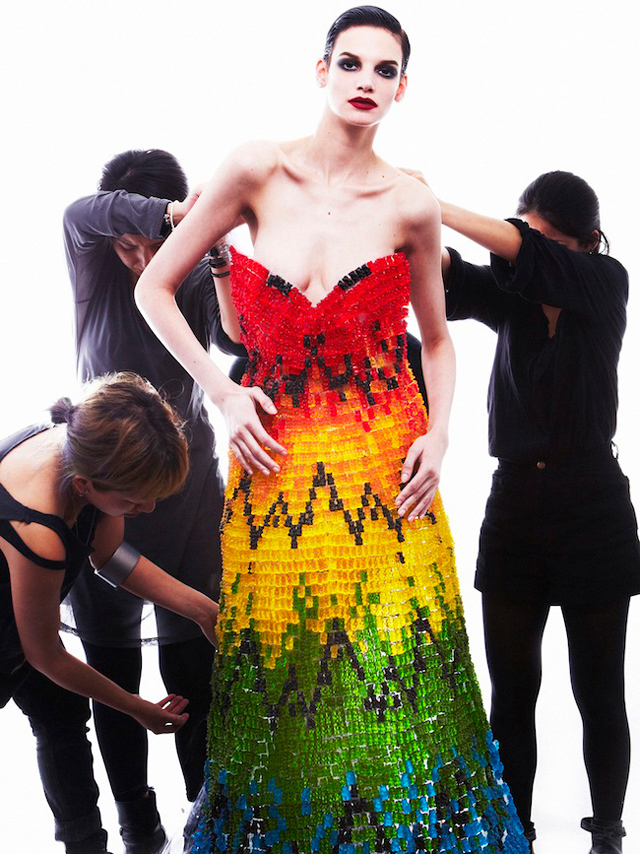 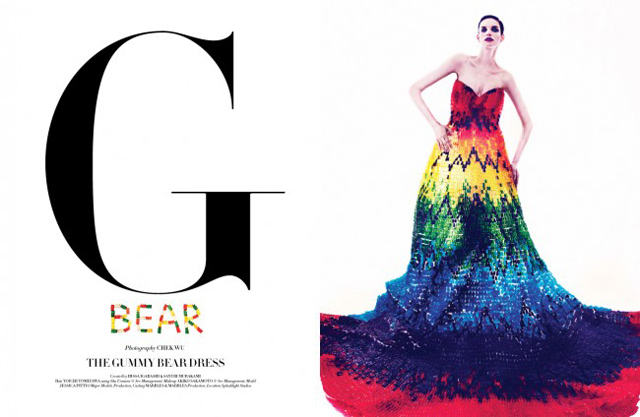 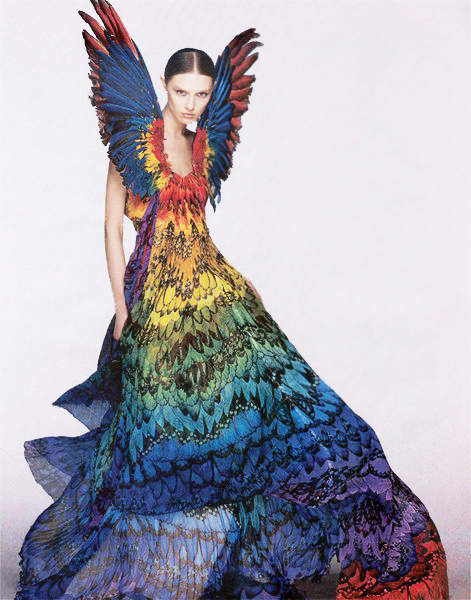