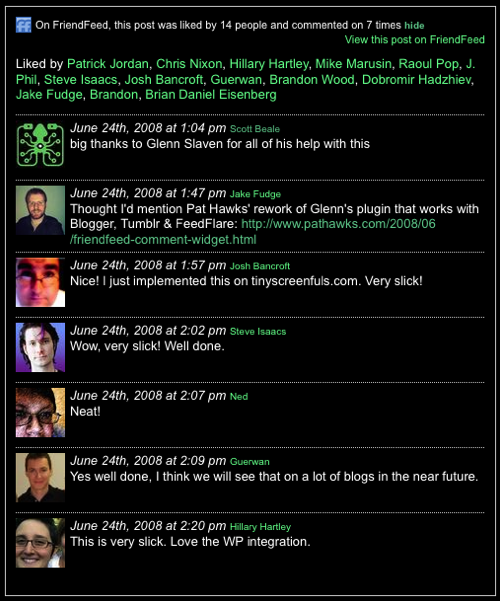 Yesterday I installed the excellent FriendFeed Comments WordPress Plugin on this blog, which adds an expandable section just above the comments showing all the Likes and Comments from FriendFeed that are associated with a blog post.

Big thanks to Sydney developer Glenn Slaven, author of the plugin, who personally helped me through some CSS bugs that were causing problems with the plugin and our template. I love how collaborative software and web development have evolved in recent years. Glenn saw a comment from me on FriendFeed that I was having problems with the plugin and offered to help. Within a couple of hours, he resolved the issue and even worked the changes into the next release of the plugin.