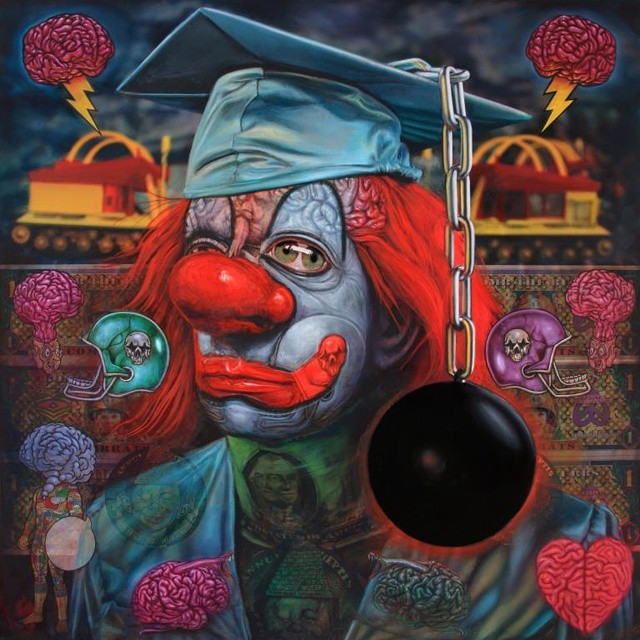 Freaks And Americana is an upcoming group art show at the Corey Helford Gallery in Culver City, California featuring artwork from 32 talented artists that explores the world of Big Top (circus) culture. The show will open on Saturday, January 24, 2015 from 7 to 10 PM PST and remain on display until Saturday, February 7. You can RSVP for the event online via Facebook.

Thematically, circus and carnival folk are part of alternative “outsider” cultures that beg the curiosity of the viewer and ignite the imagination. The circus is something that people “run away to join”, escaping the confines of a traditional lifestyle, or finding solace in an odd, heightened reality. It’s this fantasy that we hope to investigate, utilizing the diverse styles of our multi-talented artists, inviting bold imagery of a culture that is unfamiliar to most of us. This inspired theme will result in a significant group exhibition for LA’s winter art season. 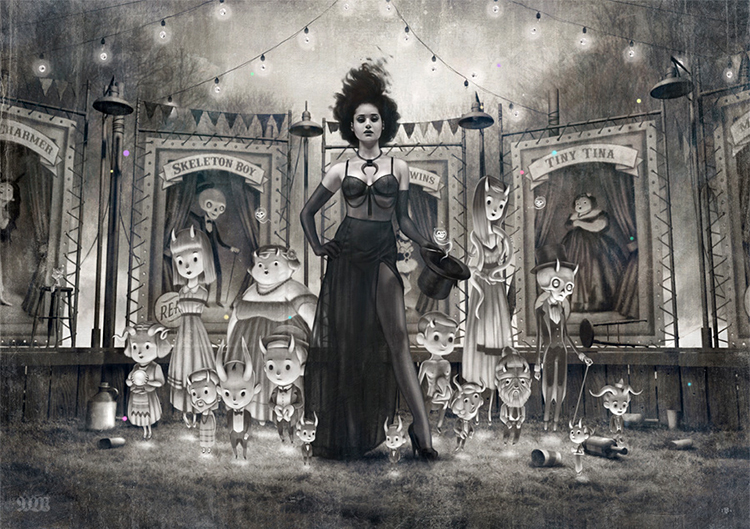 The Conjuring by Tom Bagshaw 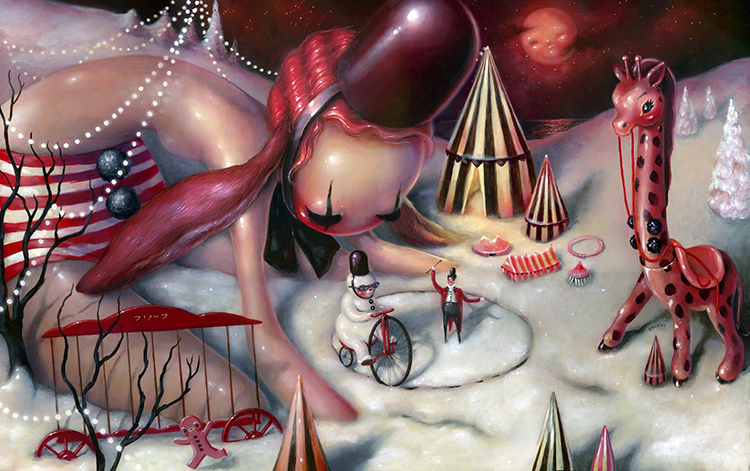 How Again To Begin by Brandi Milne 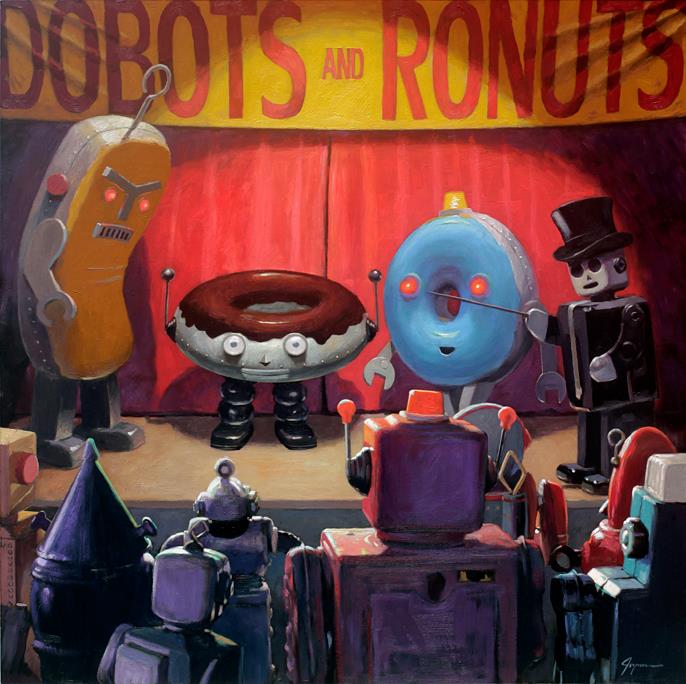 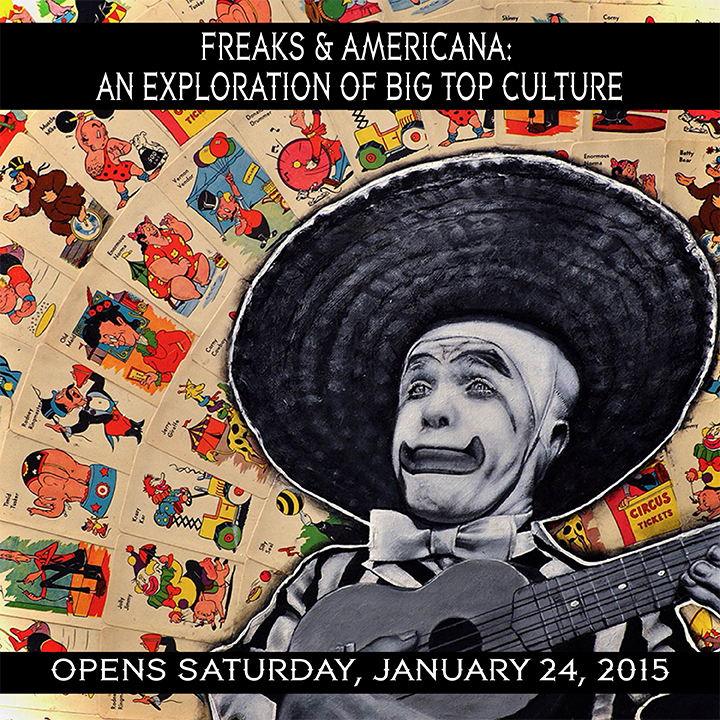