“Fragile Territories” is a laser and sound art installation by Berlin-based musician Robert Henke which ran from November 2012 to January 2013 at Le Lieu Unique center for contemporary arts and music in Nantes, France.

The installation, three years in the making, features four fast moving laser beams that project evolving light patterns on a 30-meter wide wall in a dark room. The artist describes other aspects of the piece:

Sounds – transformed recordings of a piano – fill the room, sometimes in sync with the visual aspects and sometimes running simply in parallel. Whilst everything is floating and happening in rather long intervals, a constant black shadow is moving in front of the projection, from left to right, every 4.2 seconds, like a giant blade of a windmill, a negative object that contrasts the bright projection by muting it where it appears. It is not only obscuring the image but also dampening the sounds at its current position and emitting a low frequency noise itself. 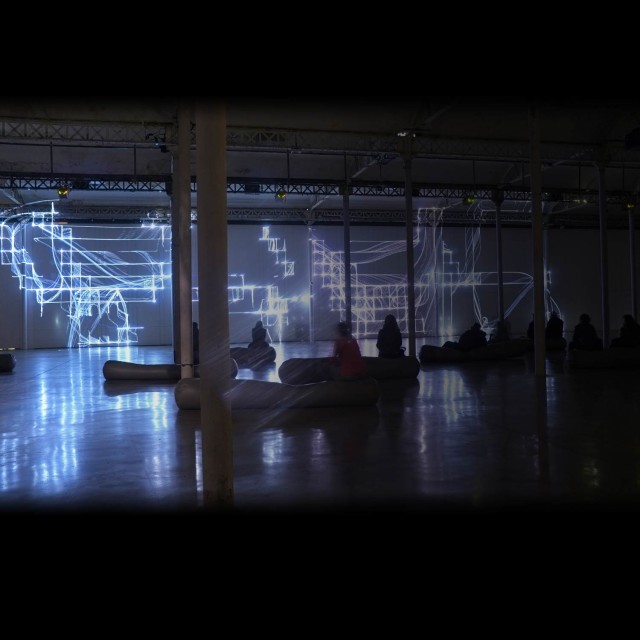 Trained as a hardware engineer, Robert Henke has made electronic music for two decades under the moniker Monolake and his own name. He is also an important contributor to Ableton Live, the popular music software which was created by Gerhard Behles, his original Monolake collaborator. Despite the fact Monolake is named after a lake in Nevada, Henke hails from Munich Germany and is based in Berlin.

In Spring 2013 Henke is teaching algorithmic composition of electronic music at Stanford University and performing live across the US. Here’s a great interview with Henke and more of his music. 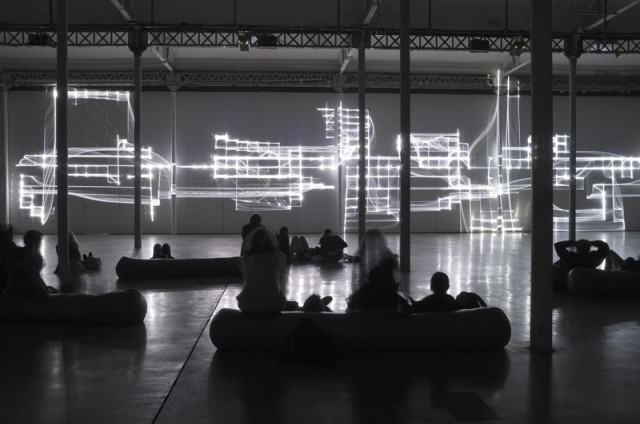