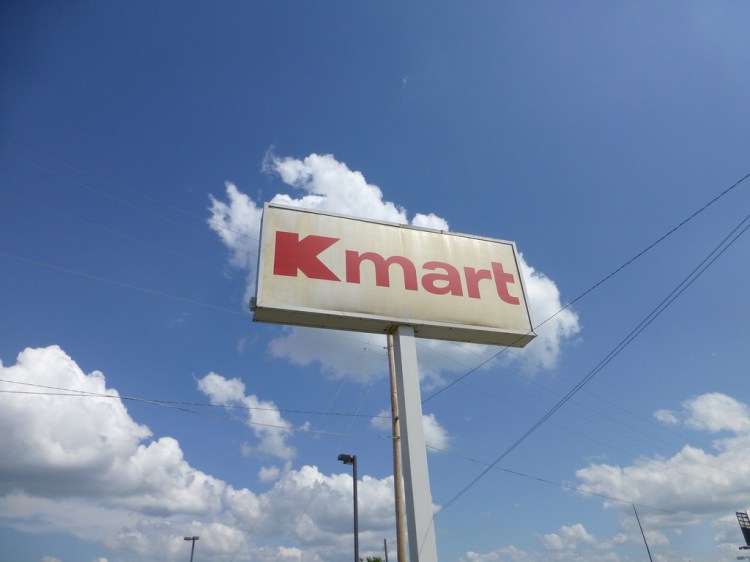 Former Kmart employee Mark Davis, who worked in customer service at the Naperville, Illinois store, uploaded “Attention Kmart Shoppers“, his fairly extensive collection of Kmart in-store music, onto Internet Archive for all to enjoy. The collection includes admittedly worn announcements and pre-recorded music that was played between the years of 1989 and 1991.

OK, I have to admit this is a strange collection. In the late 1980’s and early 1990’s, I worked for Kmart behind the service desk and the store played specific pre-recorded cassettes issued by corporate. This was background music, or perhaps you could call it elevator music. Anyways, I saved these tapes from the trash during this period and this video shows you my extensive, odd collection. Until around 1992, the cassettes were rotated monthly. Then, they were replaced weekly. Finally sometime around 1993, satellite programming was introduced which eliminated the need for these tapes altogether. The older tapes contain canned elevator music with instrumental renditions of songs. Then, the songs became completely mainstream around 1991. All of them have advertisements every few songs. The monthly tapes are very, very, worn and rippled. That’s because they ran for 14 hours a day, 7 days a week on auto-reverse. If you do the math assuming that each tape is 30 minutes per side, that’s over 800 passes over a tape head each month.

There’s also a video that Davis made to explain his project.

Here's the story behind the new Kmart Store Collection–Attn Smart Shoppers. Mark Davis u are amazing! https://t.co/5VD6fi758Z via @YouTube 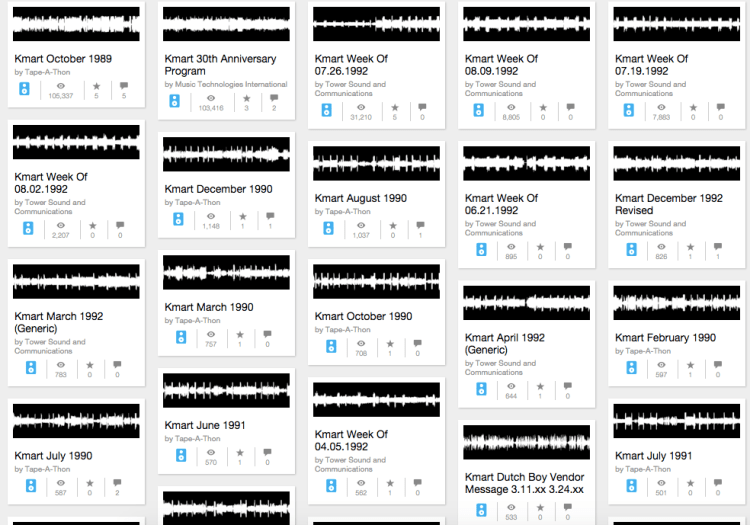