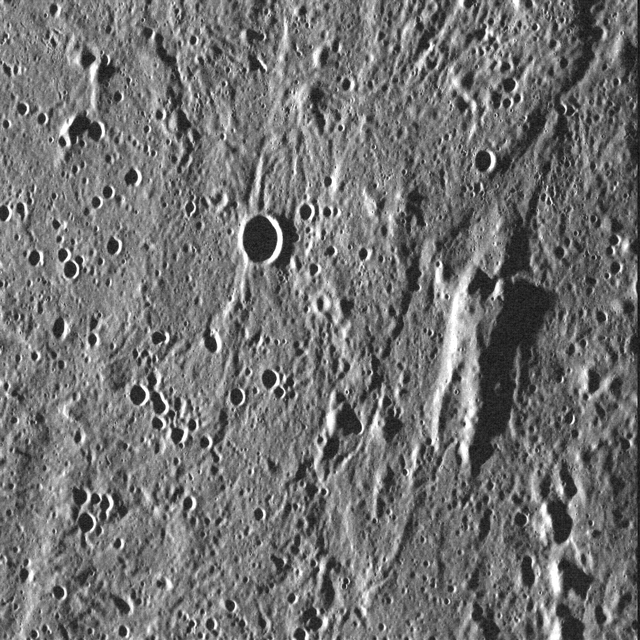 NASA’s Messenger spacecraft photographed a formation on the surface of Mercury that looks a whole lot like Star Wars smuggler Han Solo encased in carbonite. The photo was taken on July 27th, 2011 but only recently published online. NASA even acknowledges the formation’s appearance in the photo’s description:

If there are two things you should remember, it’s not to cross a Hutt, and that Mercury’s surface can throw up all kinds of surprises. In this image, a portion of the terrain surrounding the northern margin of the Caloris basin hosts an elevated block in the shape of a certain carbonite-encased smuggler who can make the Kessel Run in less than twelve parsecs. This block may be part of the original surface that pre-dates the formation of Caloris, which was shaped by material ejected during the basin-forming event. 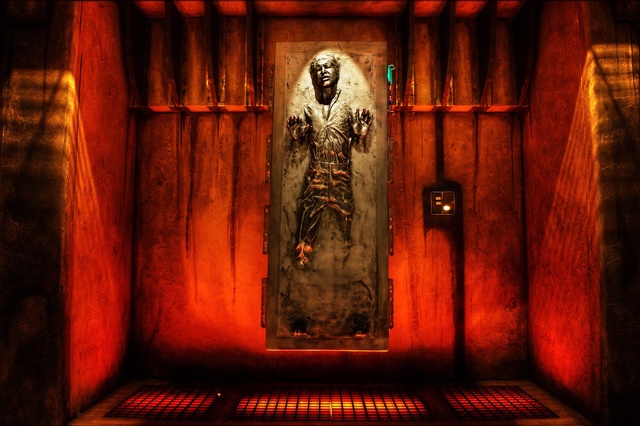