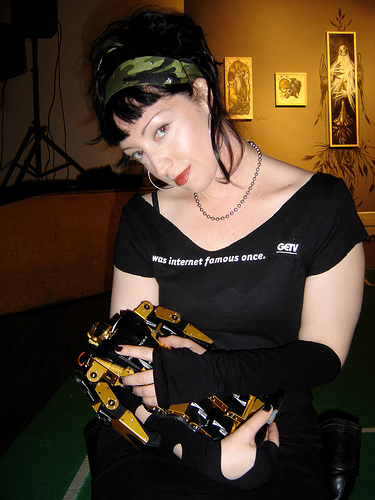 UPDATE 1: Thomas Hawk makes a great point about how Forbes decided to ignore the Creative Commons license on several of the photos they used for the story by not providing a photo credit for the photographer. Originally the article was using a photo I shot of Merlin Mann for his write-up, but they have since replaced it with a boring screenshot. It appears that they have done the same with the other photos, including Thomas’ photo of Om Malik. All they needed to do is contact me, I would have gladly given them permission to use my photo, I’m sure Thomas would have been the same.

UPDATE 2: Forbes has contacted both Thomas and myself and they are re-instating our photos with proper attribution. I’m really impressed with how Forbes has responded to this issue and hopefully it will encourage other publications to do the same.