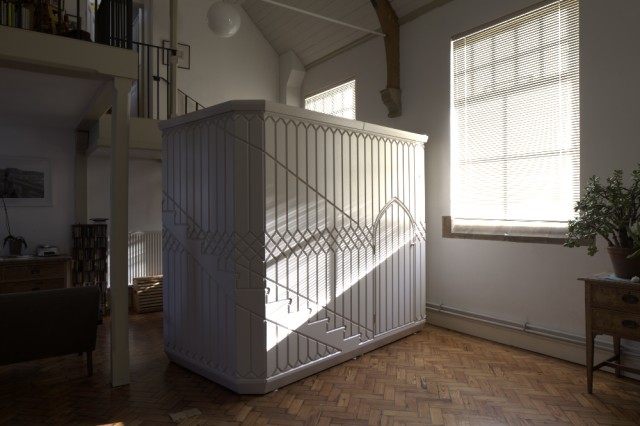 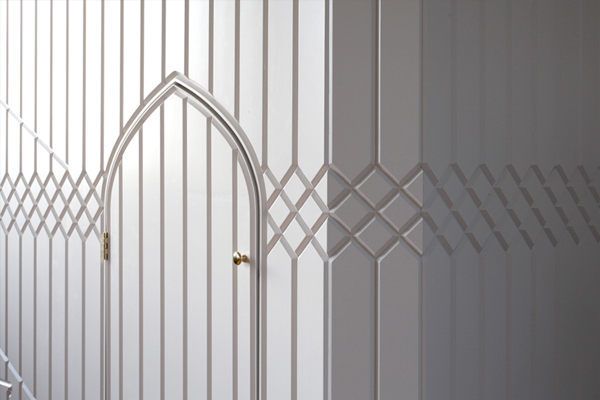 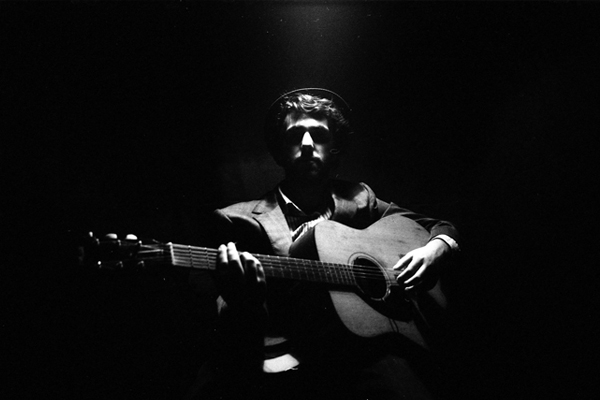 Folk in a Box is a collapsible music venue with space for one musician and one audience member (video). It will be touring the UK later this year. Folk in the Box was designed by architect Cristina Monteiro.

Folk in a Box is the UK’s smallest performance venue. One audience member is allowed in at a time. The door is closed behind them. They are given one song, performed by one musician. By the time the song is the over, the musician is just about visible in the darkness and intimacy of the box. The experience is compelling.

Photos by Sakiko Kohashi, Folk in a Box, and David Knight