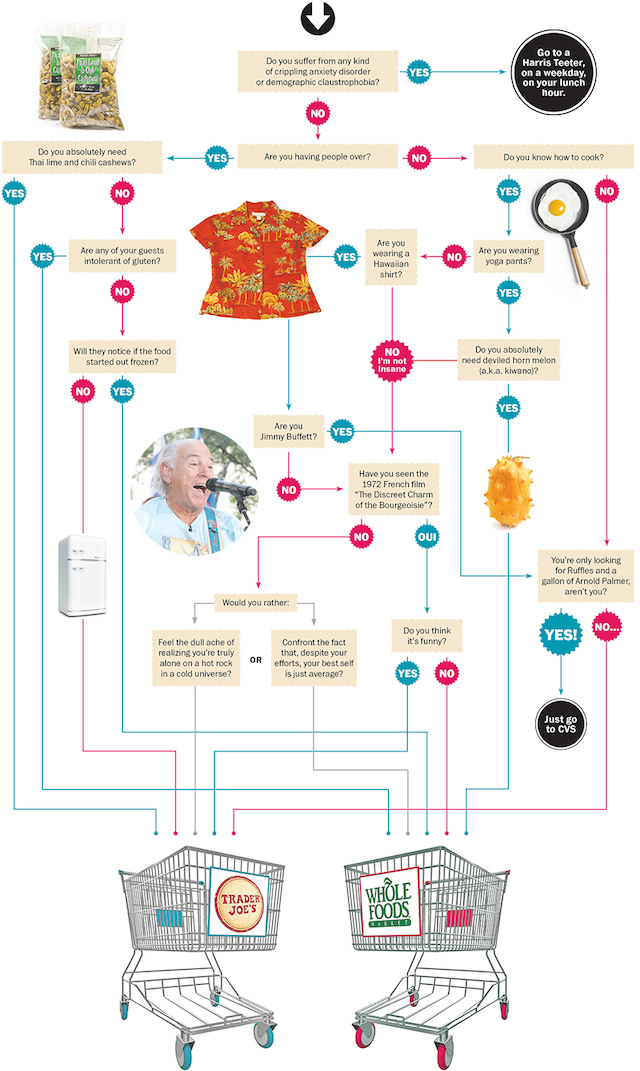 The Washington Post has created this excellent flowchart, which can help a confused Washington, D.C. shopper determine which of the the two “alternative” supermarkets is more personally befitting, Whole Foods or Trader Joe’s or perhaps, neither one at all.

A corridor scorched by the 1968 riots and seeded by the 2000 opening of what was then Fresh Fields (now Whole Foods Market) near 14th and P has reached full bloom several blocks north near 14th and U, where Trader Joe’s has sprouted as a bookend of privileged grocery goodness. Friday afternoon, four hours into its existence, Trader Joe’s bustled with suits and scenesters and the neighborhood curious, zipping past frozen pizzas whose crusts are made with “ancient grains,” chatting cheerfully with a lei-laden staff.