In late January 2014, a team of Florida Fish and Wildlife biologists came across an abandoned 1-week old panther kitten while conducting research in the Florida Panther National Wildlife Refuge in Collier County. The tiny cat was severely dehydrated, hypothermic and on the brink of death when he was brought to the Animal Specialty Hospital of Florida in Naples whose staff implemented life-saving measures. Remarkably, just two weeks later, the kitten was thriving and ready to move to his next rehabilitative step at the Lowry Zoo in Tampa.

The kitten can’t be released into the wild, however once he is fully rehabilitated, he will be a permanent resident of the Ellie Schiller Homosassa Springs Wildlife State Park.

Because this kitten was so young at the time of rescue, he will not learn survival skills from his mother and therefore cannot be released into the wild. Although he will not return to the wild population, this panther will help to raise awareness and aid with potential research efforts. Initially the kitten will not be on public display but, once old enough, he will be transported to the Ellie Schiller Homosassa Springs Wildlife State Park, where park visitors may observe him. 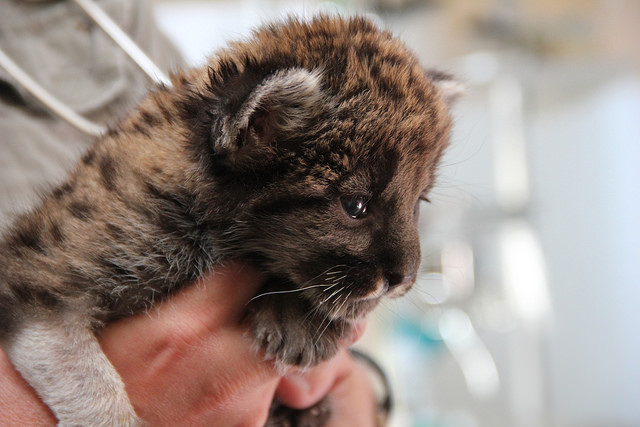 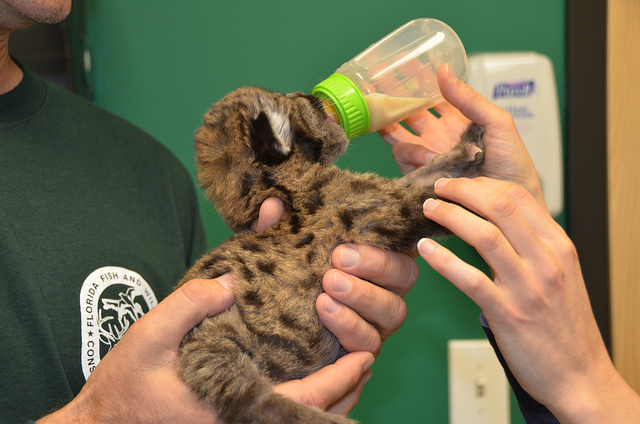 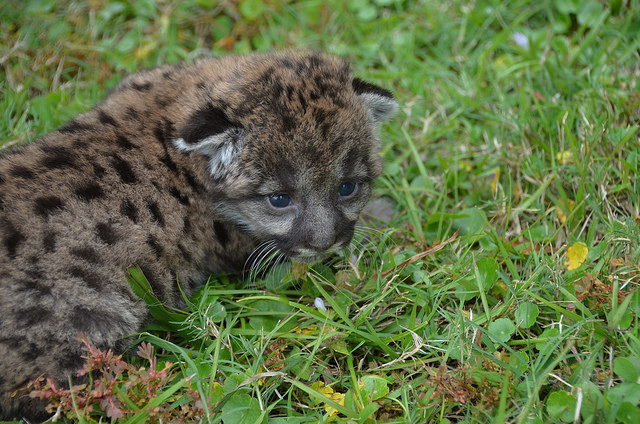 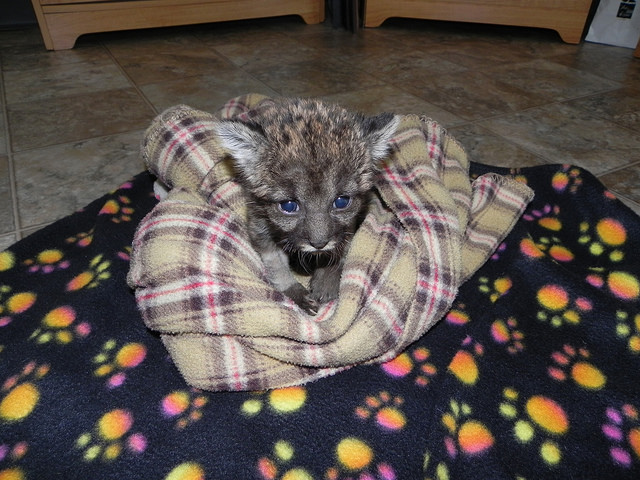