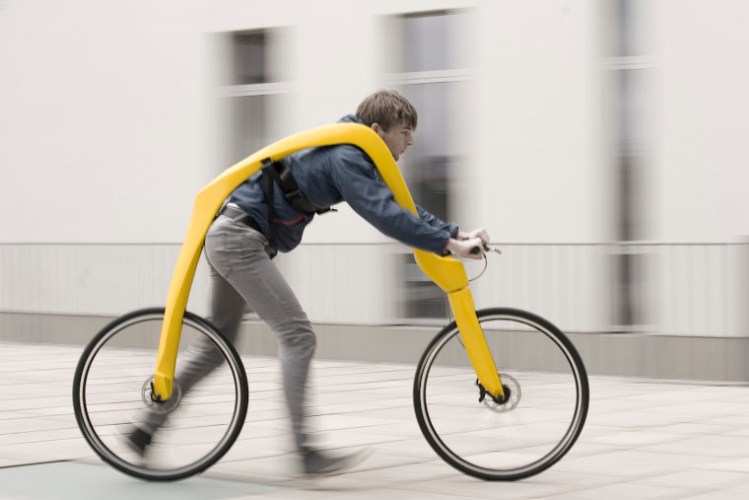 FLIZ is a design concept for a pedal-less bike that the rider propels by running. The bike frame suspends the rider above the ground so they can run with ease, a benefit that may prove useful for people with mobility problems. Designers Tom Hambrock and Yuri Spetter drew their inspiration from the Laufmaschine, an early 1800s precursor to the bicycle.

The frame, which is hand-laminated by glass and carbon fibers, emerges from the figure
ergonomically and optically different from the bike. In combination with the 5-point belt forms
it is a unit with the body of the driver, creating a completely new kind of driving feeling. 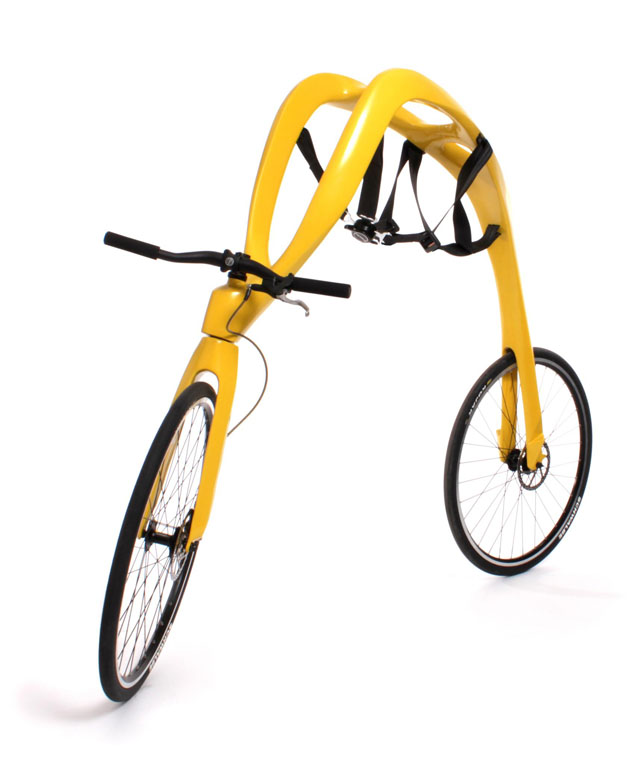