On May 20th, a group of five artists used cash advances from their credit cards to buy the entire inventory of a small corner store in New York City’s West Village. The Store Buyout project was partly a work of charity, as the 40 year old business was in danger of closing, as well as a conceptual art project. The 3000 or so items purchased are now on display at the Fusion Arts Museum in the Lower East Side, to be resold as art pieces at a substantial markup. 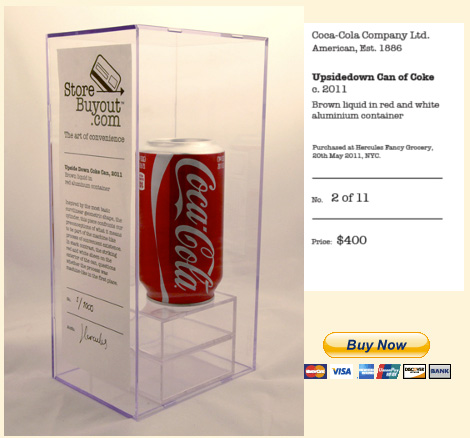 The leader of the project, Kyle MacDonald, is best known for the One Red Paperclip project, in which he bartered his way from a paperclip to a house in Canada.