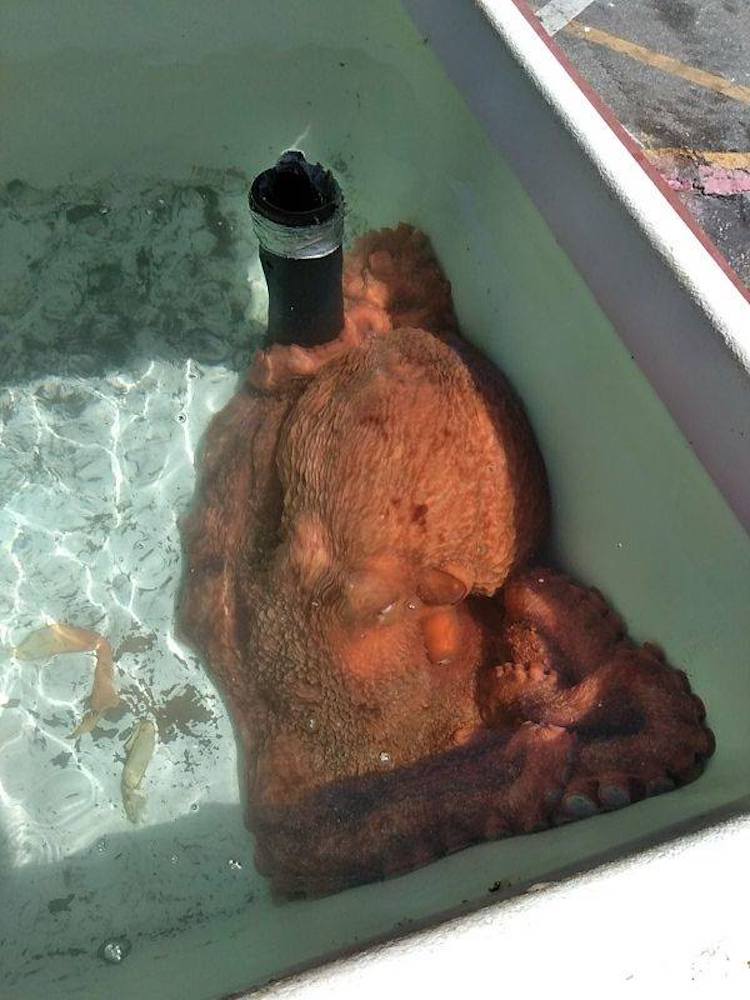 Giovanni DeGarimore, the proprietor of Giovanni’s Fish Market in Morro Bay, California purchased a 70 pound octopus, whom he named Fred, with the sole purpose of releasing the beautiful cephalopod back into the wild. DeGarimore, who is also an avid diver, had made the decision not to sell octopus products after a he’d played a game of hide and seek with an octopus while on an excursion in Fiji.

While diving in Fiji I remember playing hide and seek with an octopus, it was an experience I’ll never forget…Recently I took my respect for the creatures one step further and decided to no longer buy, sell or consume octopus. It might not make a difference in the world, but if it makes me happy, and makes Fred happy, then it was worth it. ….though Gio makes his livelihood on selling seafood he felt conflicted when it came to these magnificent and arguably “Sentient” beings.

This isn’t the first time DeGarimore has done this. In 2010, he and his team compassionately released a 35 pound octopus back into the bay as well.