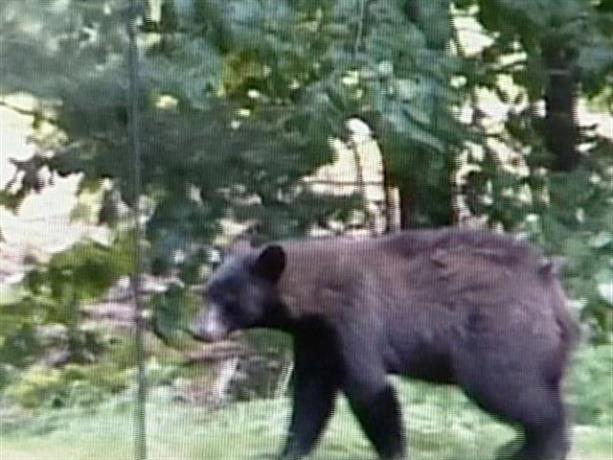 image via the Cape Cod Bear page on Facebook

Over the 2012 Memorial Day weekend, Liam Crivellaro captured a black bear on video outside of his home in West Barnstable, Massachusetts. The young male bear is the very first bear to be spotted on Cape Cod according to historical records and officials think that he swam about 500 feet across the Cape Cod Canal in search of food and a mate. The bear has since traveled all the way to the town of Provincetown, at the tip of Cape Cod. On its way there it was spotted several times by local residents, including Terry Thalman, who shot this video. The bear has taken near-celebrity status on the Cape and has inspired its fans to create a Facebook page (link) a Twitter feed (link) and a bear t-shirt created by local brewery, Cape Cod Beer. According to the Associated Press, officials “are hoping the bear will retrace its steps and get out of town”.

The running joke in Provincetown, a gay vacation destination, is that the animal should stick around for a July event dedicated to men known as bears, who embrace natural body hair. 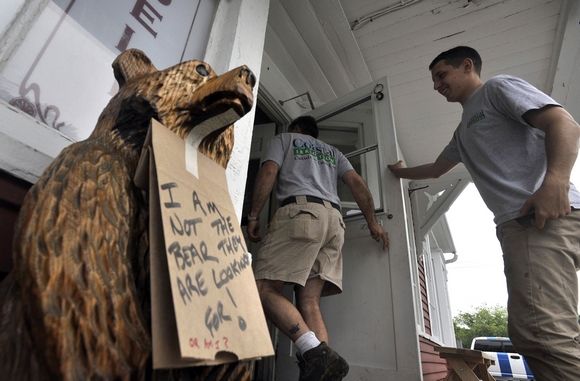