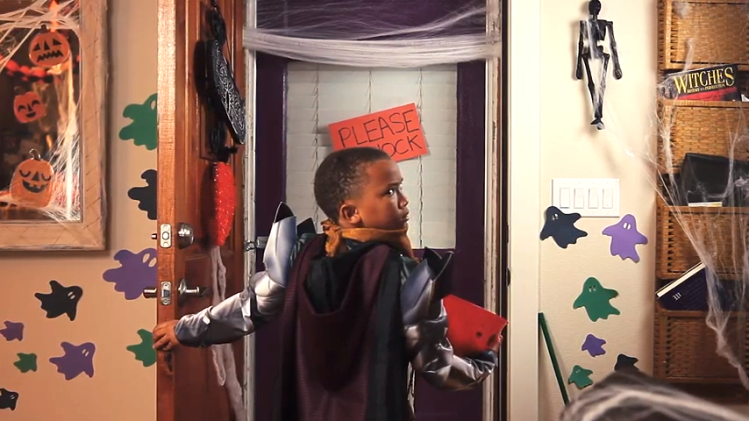 Bradley Montesi of Unsportsmanlike Content created an adorably spooky video about “reverse trick-or-treaters” that come to a boy’s front door. The filmmaker stated that he was inspired by a 2009 comic by Doc Pop, a talented artist, musician, performer, and very good friend of Laughing Squid.

Back in 2013, the Unsportsmanlike Content team saw the comic “The Most Amazing Halloween Costume Ever” by Doctor Popular while surfing reddit, and immediately thought it would make for a great spooky Halloween short to share.

The incident to which Montesi was referring took place in 2009. Doc Pop had come across an interesting Ask MetaFilter comment from np312 who talked about an idea for reverse trick or treating.

I grew up in a college town, and one Halloween our doorbell rang and we opened the door expecting to see trick-or-treaters– but what was in front of our open door–was another door! Like, a full-on wooden door, that had a sign that said “Please knock.” So we did, and the door swung open to reveal a bunch of college dudes dressed as really old grandmothers, curlers in their hair, etc, who proceeded to coo over our “costumes” and tell us we were “such cute trick or treaters!” One even pinched my cheek. Then THEY gave US candy, closed their door, picked it up and walked to the next house.

Doc Pop was so inspired by this idea, that he created a multi-panel comic using np312’s description. 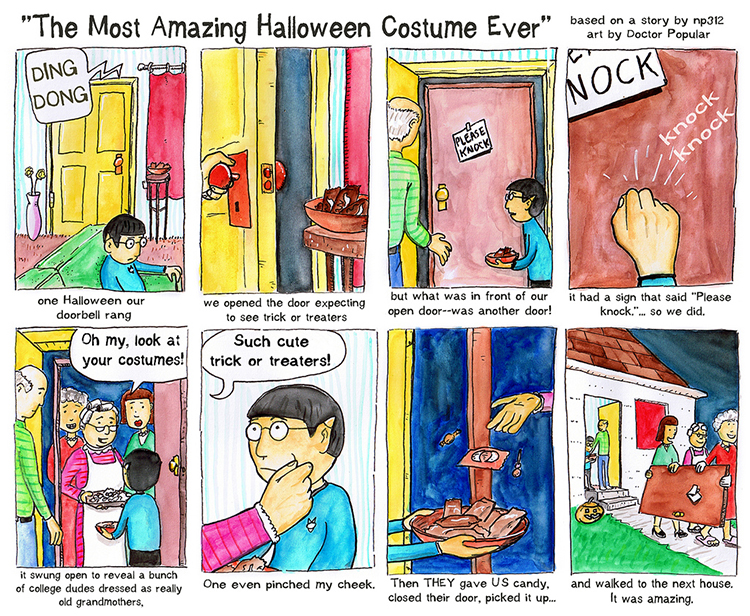 Doc’s comic also inspired pranksters Trent Toney and his friend, who in 2015, performed hilarious “reverse trick-or-treating” in real life on Halloween night. Like the comic, the two dressed up as a couple of elderly ladies with a portable door and hand out candy to the neighbors who were also handing out candy at their own homes.