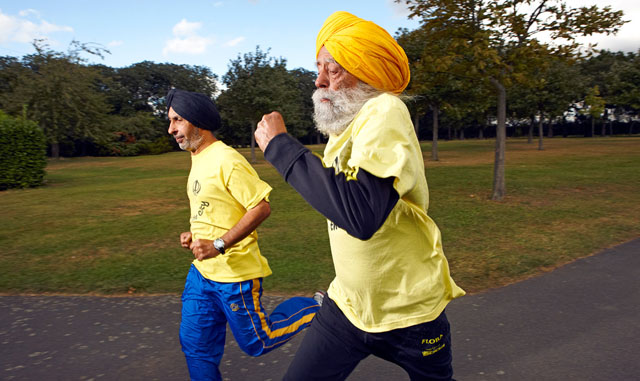 Born in British India in 1911, Fauja Singh began competing in marathons in the year 2000 at 89 years of age. He started running in 1995 in order to cope with deaths in his family. He retired from marathon running in February—at the age of 101. During his running career he has broken many world records and he is believed to be the world’s oldest marathon runner. ESPN published a fascinating profile of Singh’s life, shortly before he competed in his final 10K race in Hong Kong (he completed the race in 1 hour, 32 minutes and 28 seconds).

photo by Levon Biss/ESPN The Magazine