“Fanboys” is a film that takes place 1998 where three friends, anxious for the release of “Star Wars Episode I: The Phantom Menace”, attempt to break into George Lucas’ Skywalker Ranch to steal an advance print of the film. Their motivation, one of them is dying from cancer and wants to see it before he dies. The film is directed by Kyle Newman with a release date set for February 6th, 2009 (more on Wikipedia). 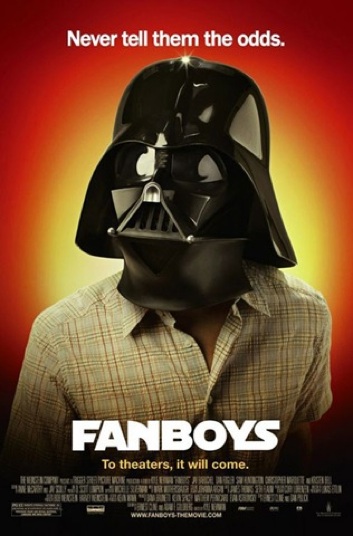