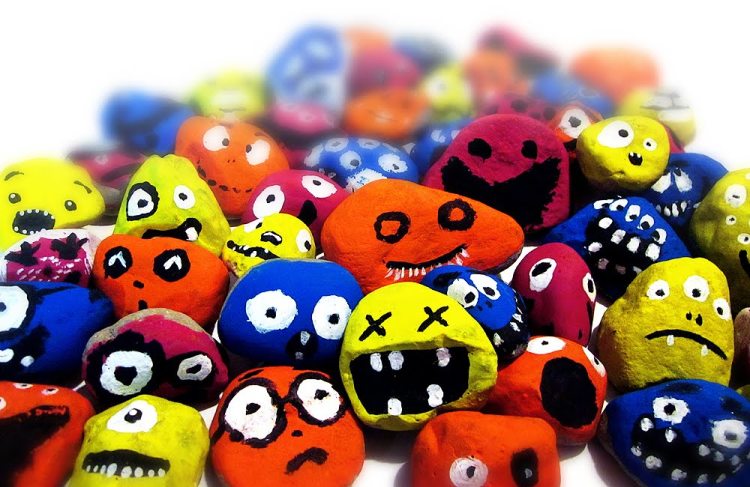 After author and illustrator Aaron Zenz‘s daughter Gracie watched Exit Through the Gift Shop, a documentary film by Banksy, she decided she wanted to be a street artist. To encourage the inspiration while avoiding destruction of property, the family collected, washed, and painted rocks in bold colors, then each rock was given its own facial expression. The family spent an afternoon placing the rocks around their town to bring smiles to the faces of passersby. They enjoyed the project so much that they repeated the process with sticks and again with leaves later.

The kids were majorly inspired. Now of course we would never in a million years damage anyone’s property. But we wanted to do something artsy. Something stealthy. Something public. 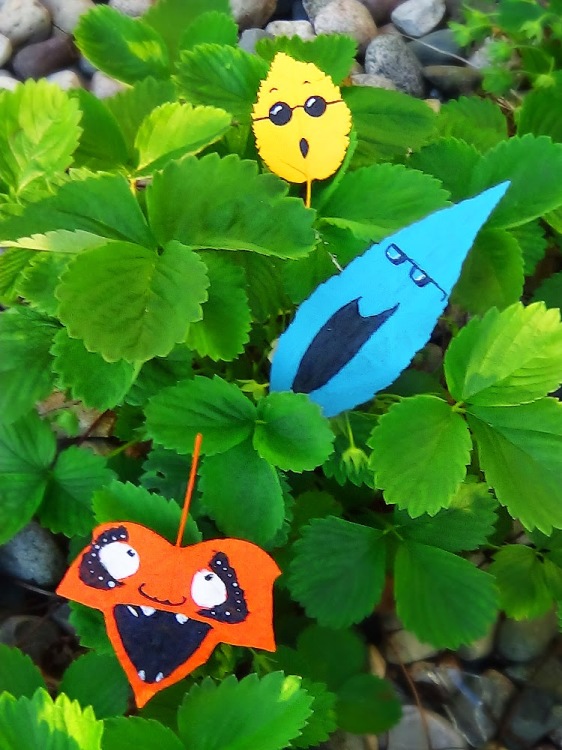 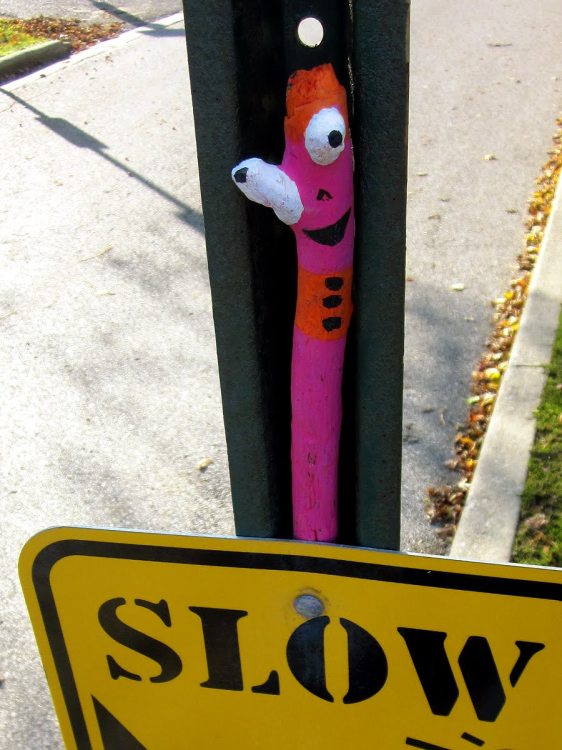 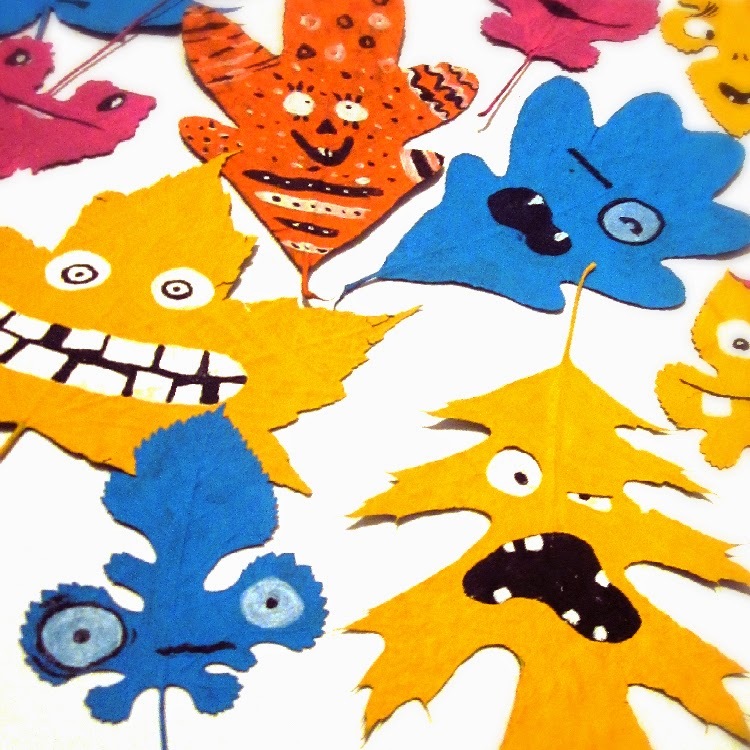 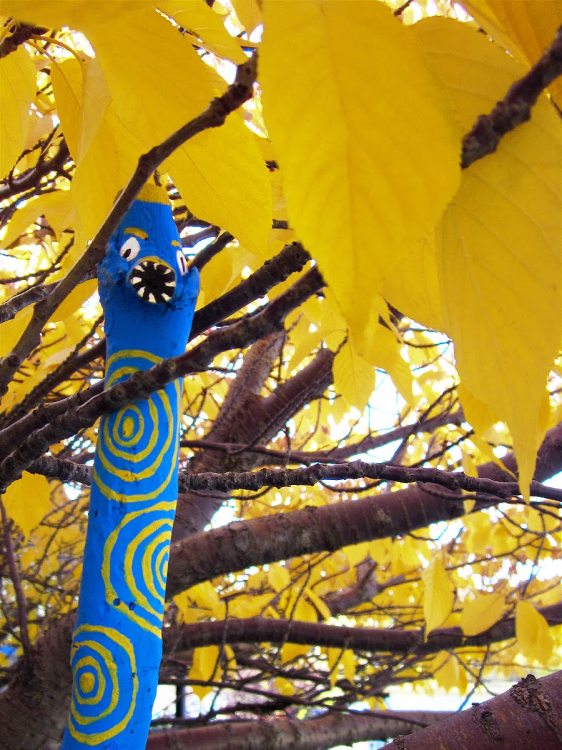 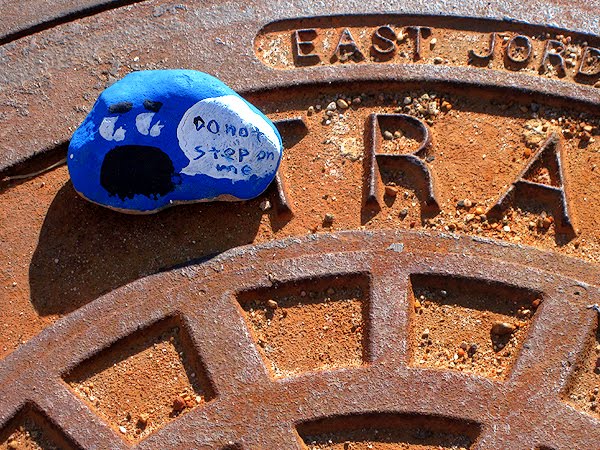