Exploding Kittens is a new comical card game by The Oatmeal creator Matthew Inman along with Xbox team members Elan Lee and Shane Small. Players take turns drawing cards until their opponents all draw an “Exploding Kitten” card and are eliminated from the game, but other cards can give players absurdist advantages like a “Portable Cheetah Butt,” “Unicorn Enchiladata,” or the fierce “Bear-o-dactyl” to avoid blowing up themselves.

The team has launched a Kickstarter campaign to fund the game, and reached their goal in a matter of minutes. Backers of the campaign can get the game itself as well as special editions of the deck and other rewards.

Exploding Kittens is a highly strategic kitty-powered version of Russian Roulette. Players take turns drawing cards until someone draws an exploding kitten and loses the game. The deck is made up of cards that let you avoid exploding by peeking at cards before you draw, forcing your opponent to draw multiple cards, or shuffling the deck.

The game gets more and more intense with each card you draw because fewer cards left in the deck means a greater chance of drawing the kitten and exploding in a fiery ball of feline hyperbole. 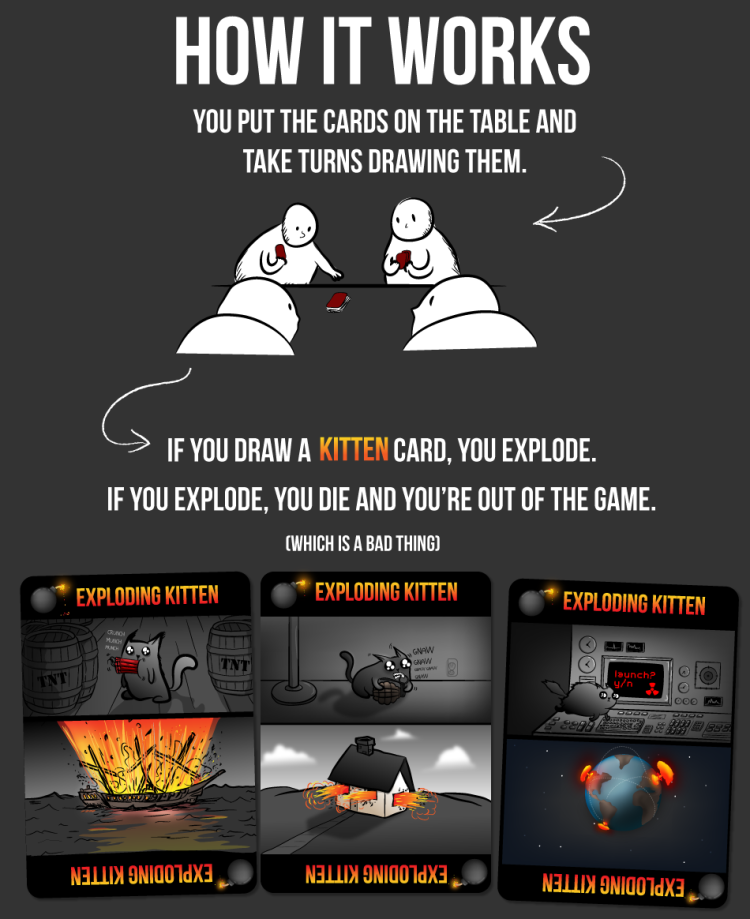 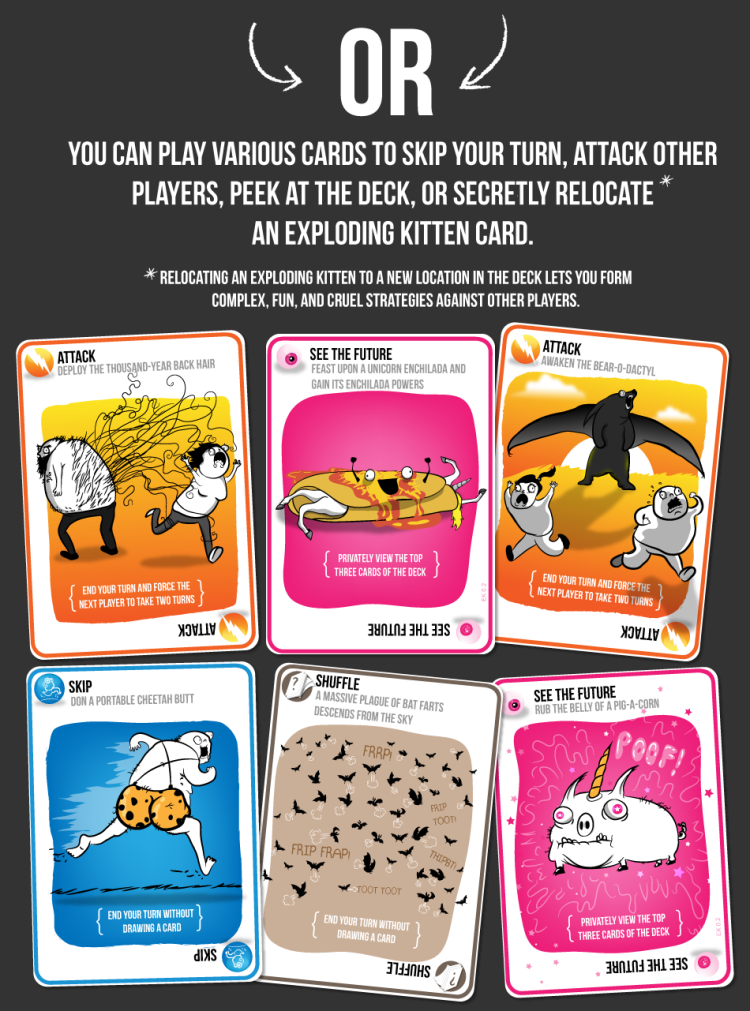