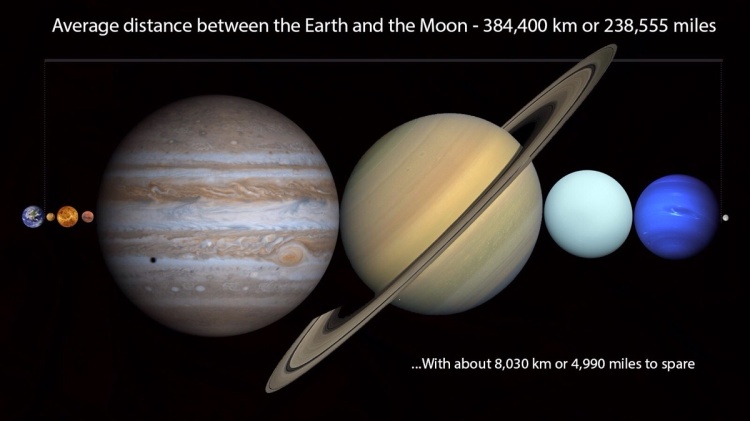 To illustrate the distance between the Earth and the Moon, reddit user PerplexingPotato posted an image that placed the other seven planets in our solar system between them. According to NASA’s Solar System Fact Sheets the average distance between the Earth and the Moon is 238,855 miles, and the sum diameters of Mercury, Venus, Mars, Jupiter, Saturn, Uranus, and Neptune is just 236,126 miles. That would leave 2,729 miles of space.

Although Pluto was downgraded to dwarf planet status in 2006, it could still be included in this example with some room to spare, because its diameter is just 1,429 miles.