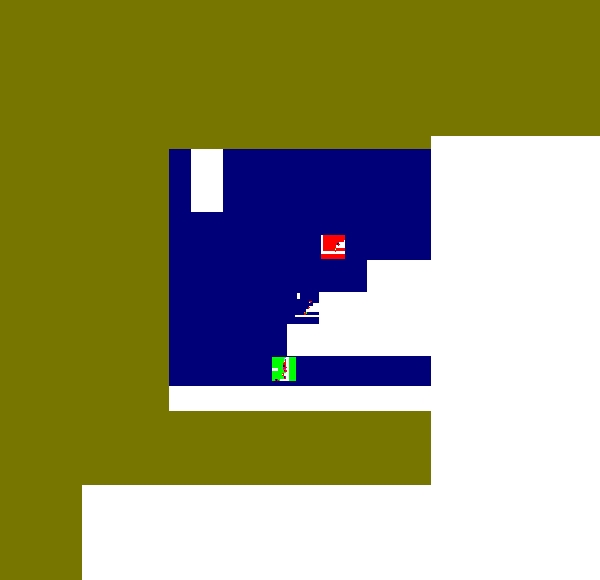 Entire Screen of One Game is a browser-based video game by Tom Murphy VII that is composed of infinitely regressing screens. Players control blocks–which are composed of smaller versions of the colored screen that are continually replaced back where players start–that can move and jump around. As Murphy describes it, “You can’t win the game. [I]t only exists to destroy your mind.”

The game was created for the Ludum Dare 31 game jam–the theme of which was “Entire Game on One Screen.”