After a disarming false start, the wonderfully informative video blogger and web producer Evan Puschak aka The Nerdwriter digs deeply into the Emily Dickinson poem “Tell All the Truth But Tell It Slant“. Upon first glance the poem very eloquently speaks about the importance of truth, but further analysis reveals Ms. Dickinson’s very clever use of wordplay to first make a point and then contradict said point.

Where are we left after this? Somewhere between the blindness of not ever being able to see the truth and the blindness of actually seeing it this. I think is where Dickenson wanted to get us all along. She essentially wrote a poem that subverts itself. …That’s Dickinson showing you the lightning. That’s Dickinson stepping out onto the circumference glimpsing some truth in the unstable place where language fails …and it’s dazzling. 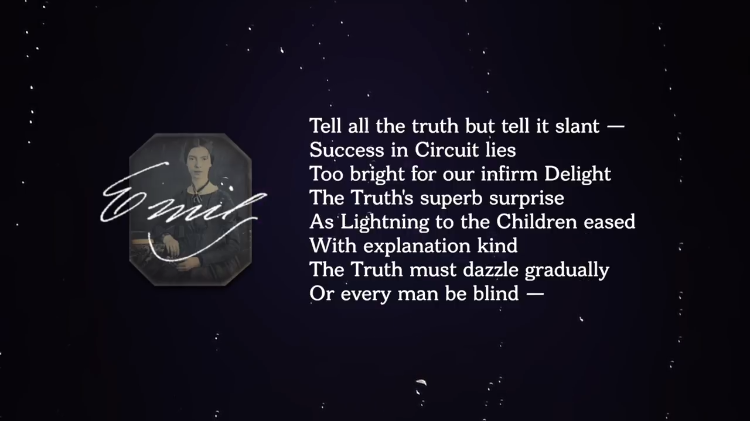