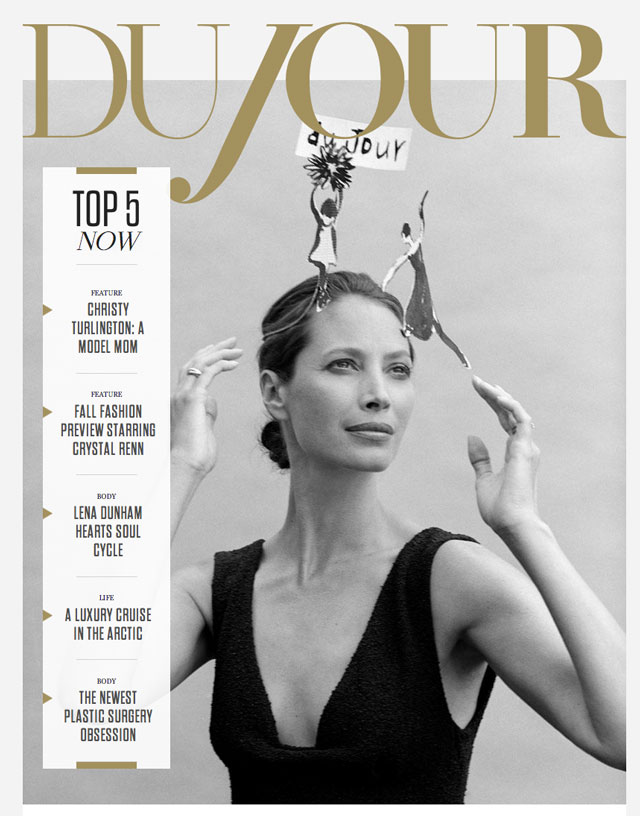 Just launched in partnership with Gilt Groupe, DuJour is a luxury lifestyle magazine that covers style, politics, health, travel, and culture. It has been created for both online and print and is described as the “first of its kind to seamlessly integrate the print editorial with a dynamic digital experience that reads and feels like a shoppable magazine…” Founded by Jason Binn, DuJour is ‘brought to life’ by co-Editors-in-Chief Keith Pollock and Nicole Vecchiarelli (formerly of ELLE.com and InStyle respectively). Its website was built by Code + Theory.