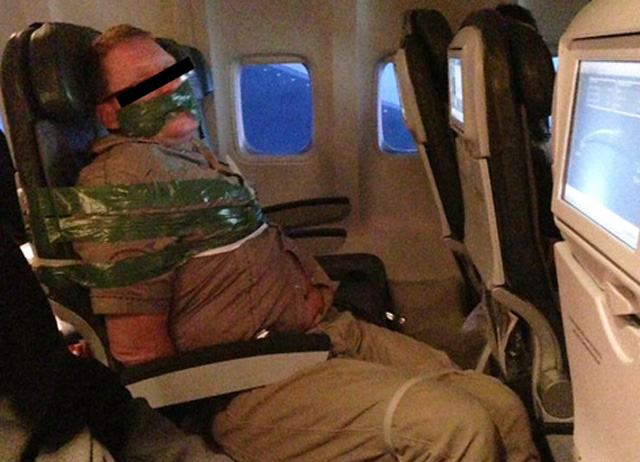 Iceland’s Morgunblaðið newspaper is reporting that a drunk Icelandair passenger on route to New York City was strapped to his seat by other passengers with tape and zip ties after going on an in-flight rampage. Gawker has more of the story.