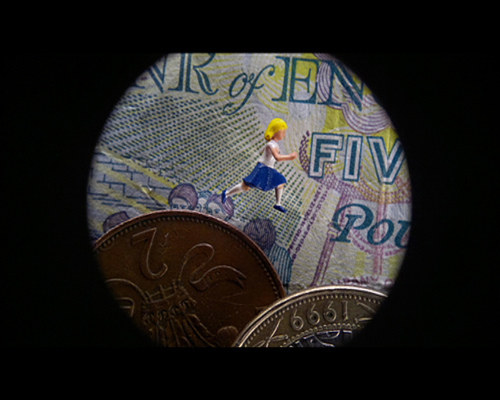 Dot is a short video featuring the world’s smallest stop-motion animation character. It was created by Sumo Science at Aardman Animations using a Nokia N8 cellphone equipped with a CellScope microscope attachment.

Shot entirely on the new Nokia N8, the ‘Dot’ film showcases the smartphone’s 12-megapixel photography capabilities and also celebrates the CellScope, an invention created by Professor Daniel Fletcher. The CellScope is a microscopic device attached to a Nokia handset, which the Professor used to produce life-saving technology: with his invention he has helped diagnose fatal diseases in remote areas of third world countries.

Here’s a behind-the-scenes video that shows how Dot was made.