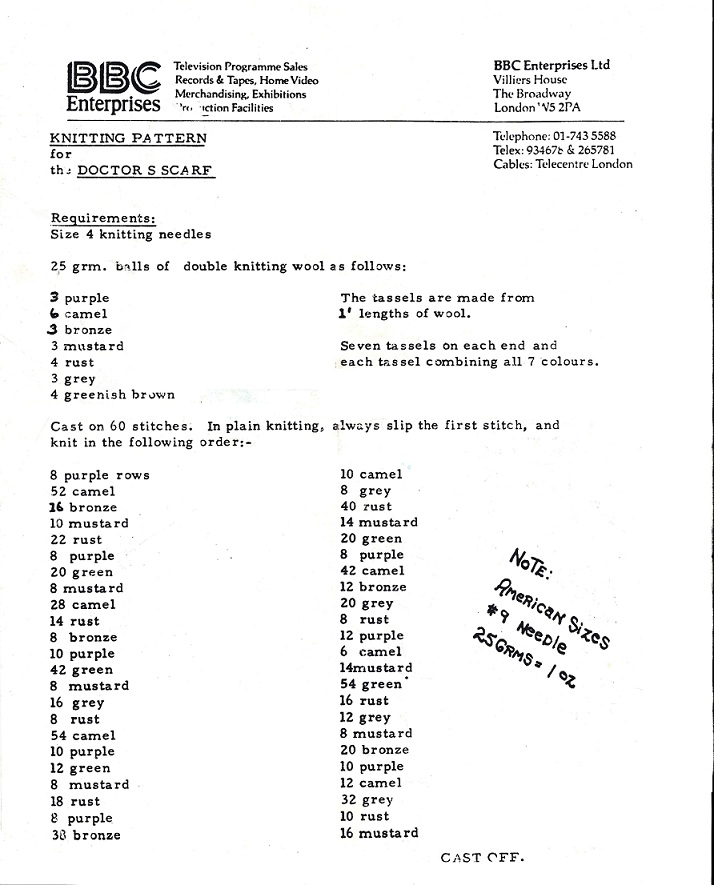 Cosplayer 93Fangshadow posted an official set of knitting instructions for recreating the distinctive scarf worn by the 4th incarnation of the beloved Gallifreyan Doctor Who.

My mom got them after her older brother’s girl-friend (BACK IN THE ’80s) wrote for them and had them sent to her. Then he had his mom (my grandmother) make it for him. After making it once she told my mom that she would have to make it her-self to get one, and she’s had them ever since

In 2013, Carjacker posted a similar pattern from the BBC for a scarf his grandmother made for him.

My Grandma Erna was a terrific knitter. She made all kinds of things and not the awkward, ugly sweaters that grandmas are known for. She was really good and she was a good sport too! In 1988, I asked her to knit me a Dr. Who scarf. She did. I still have it. 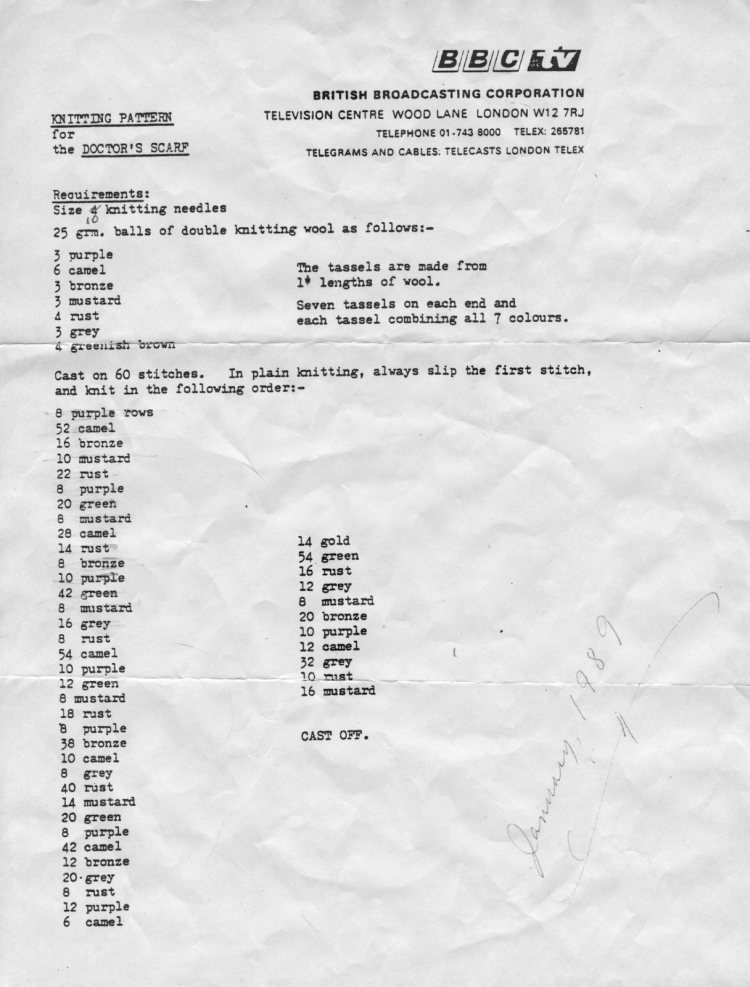