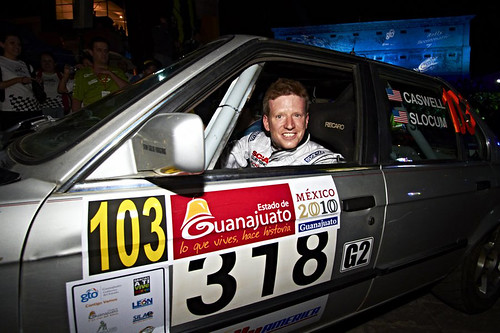 Automotive blog Jalopnik tells the amazing story of Bill Caswell, an unemployed racing enthusiast who, in a feat of inspired DIY madness, decided he wanted to enter a professional rally race. Despite having no money, no crew, and driving a twenty year old rear-wheel drive BMW 318i that he’d purchased on Craigslist for only $500, Caswell not only finished the race, but came in third in his class.

This is the multifaceted tale of Bill Caswell, a man who bought a crapcan off Craigslist to run against $400,000-plus rally cars in a World Rally Championship race. It is a tale of a guy who had a welder, a bunch of credit cards, and a lot of free time but no real backing or funds. It is a story of a dude who taught himself how to build an FIA-legal roll cage because he wanted to spend the fabrication fee on race tires instead. It’s the story of a gearhead who drove a rustbucket to a third-place finish in an FIA-sanctioned event.

Everything about this story is wonderful, but I particularly enjoyed Caswell’s almost casual attitude towards the relentless setbacks and hardships that are the hallmark of professional rally racing. Merely finishing a WRC event is a heroic feat that the factory-sponsored teams often fail to achieve, despite millions of dollars of funding, and a full support crew, including skilled mechanics and a truck full of spare parts. In contrast, Caswell almost seems to have succeeded because no one bothered to tell him that what he was attempting was impossible. And if anyone did, he just refused to believe them. 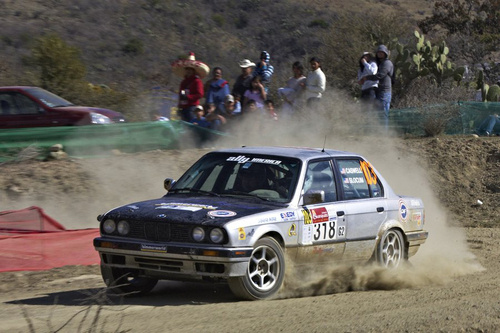