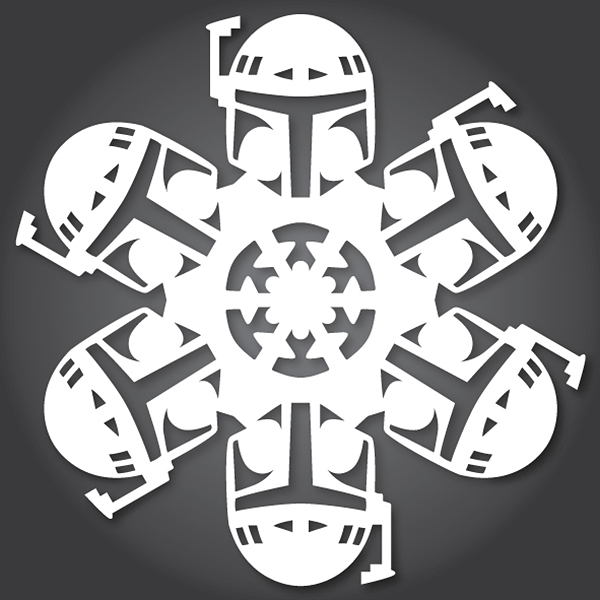 Paso Robles, California graphic designer, father, and geek Anthony Herrera has created a new series of DIY paper Star Wars snowflake designs for the holiday season. Each snowflake depicts a different character or space ship from the Star Wars film series. Patterns for the full collection of snowflakes are available to download from his website so you can make them yourself.

It happens every year. The days get shorter, a sub-zero chill is in the Hoth air, the wampas start venturing into your hidden home base, and new Star Wars Snowflakes are introduced for holiday crafting fun. New to 2013, battles. It just isn’t Christmas without a T-47 Snow Speeder making an attack run on an AT-AT, or Luke Skywalker facing down a hungry Rancor beast. Enjoy 13 new designs. So, get yourself a sharp cutting blade and have fun. 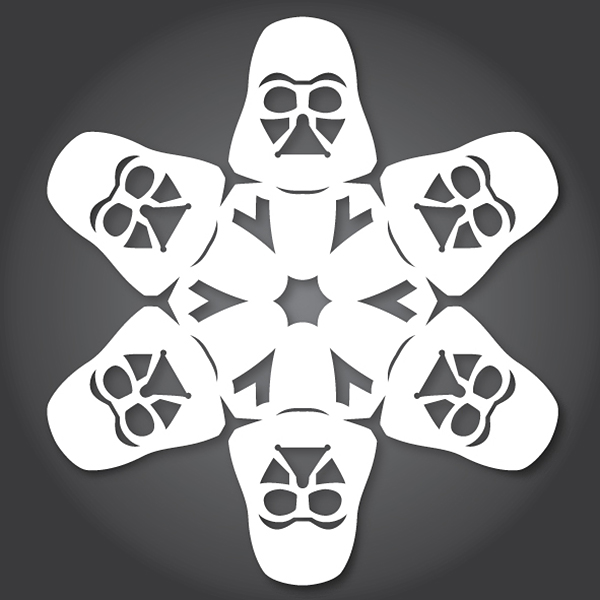 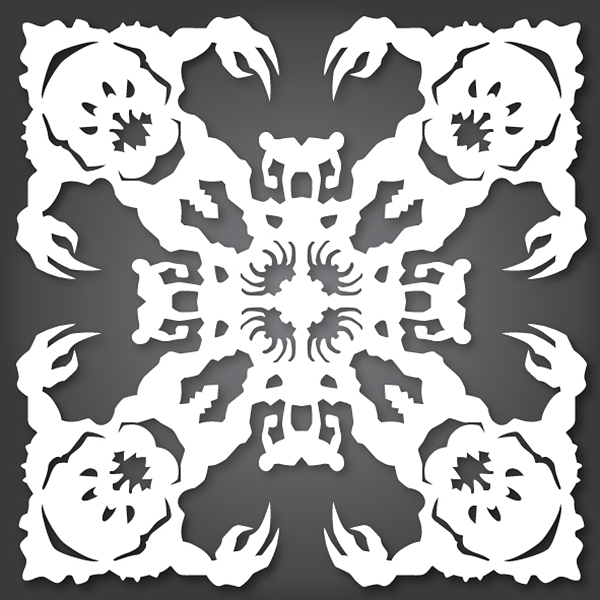 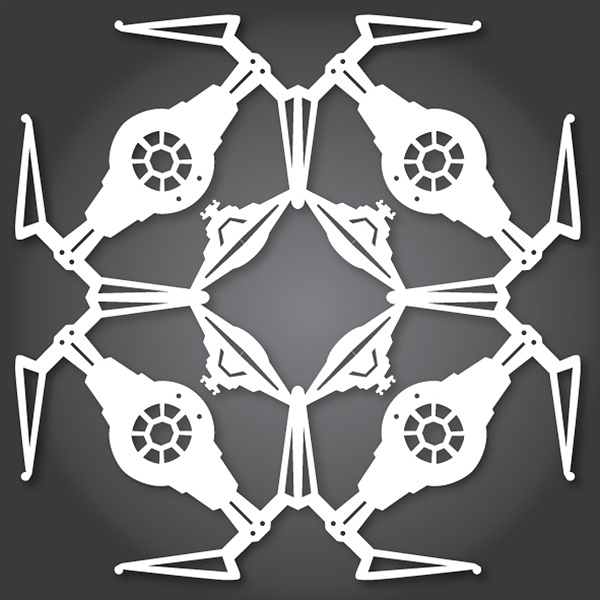 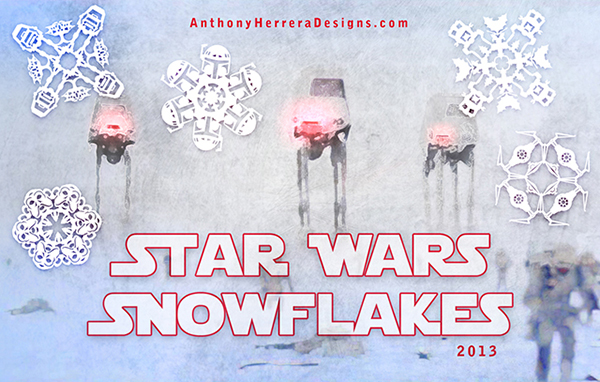