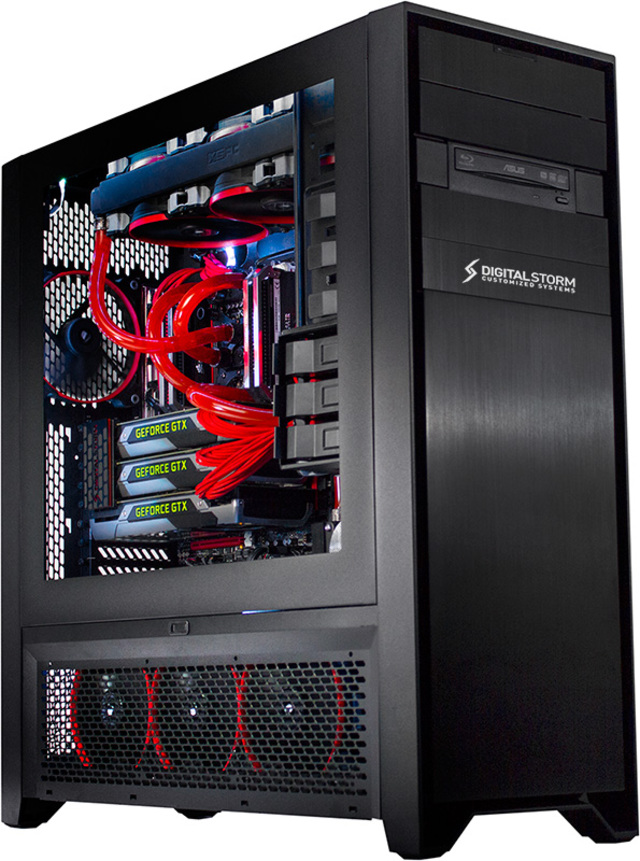 Digital Storm has announced the Hailstorm II customizable desktop gaming PC. The high-performance rig is available in four different configurations — “Good,” “Better,” “Best,” and “Ultimate” — ranging from just under $3,000 to upwards of $8,000. The lowest configuration includes an Intel Core i7 3770K processor, 16GB 1600MHz RAM, and an Nvidia GTX 680 graphics card with 2GB of dedicated graphics memory. The “Better” configuration contains an Intel Core i7 3930K CPU, 16GB of RAM, and Nvidia’s new GTX Titan graphics card with 6GB of memory. The “Best” model contains not just one, but two Titan graphics cards in SLI alongside an Intel Core i7 3970X processor and 16GB of 1866MHz RAM. If for some reason you need an even more powerful machine, Digital Storm offers an “Ultimate” configuration containing three Nvidia GTX Titan Cards with the same CPU and RAM as the “Best” model. 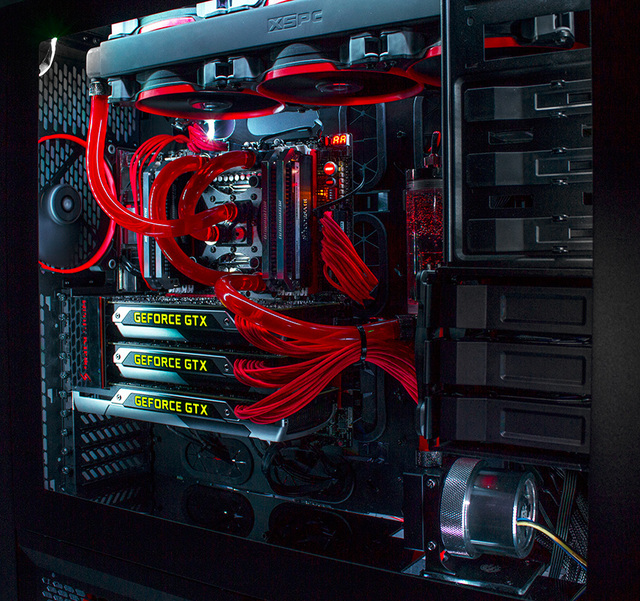 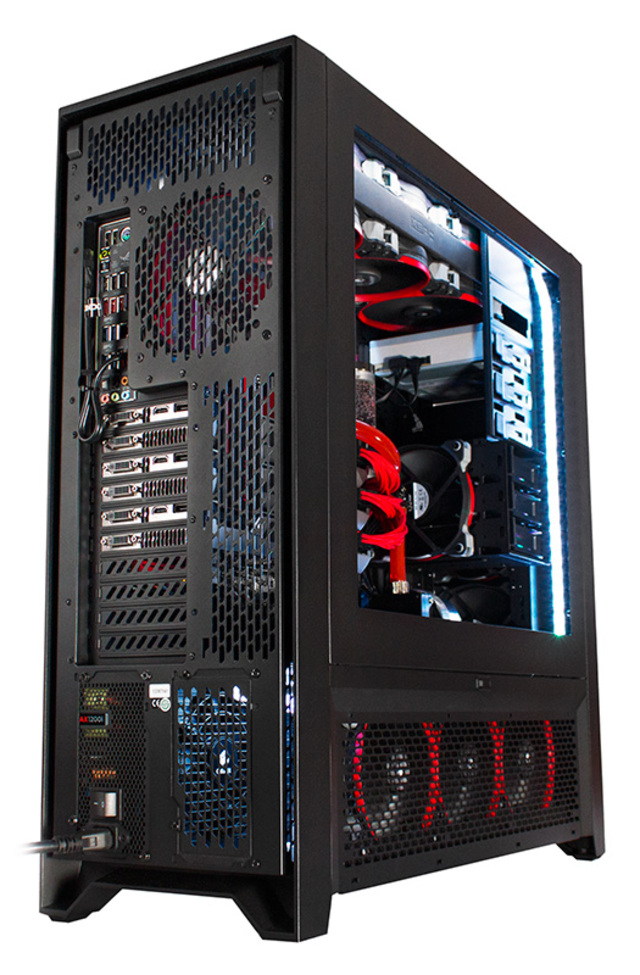 via SlashGear, The Awesomer