Didga the amazing skateboarding cat dropped in at the local skate park and wowed the kids (and dogs) who were watching her incredibly impressive moves. According to her human Robert, Didga has been practicing these moves for quite awhile.

Didga now takes her skateboarding skills to the skateboard parks, yes!, she “drops In” First time ever attempted by a CAT (I’m pretty sure) Only her years of skateboarding practice and natural ability allows her to handle such advanced skateboard moves. 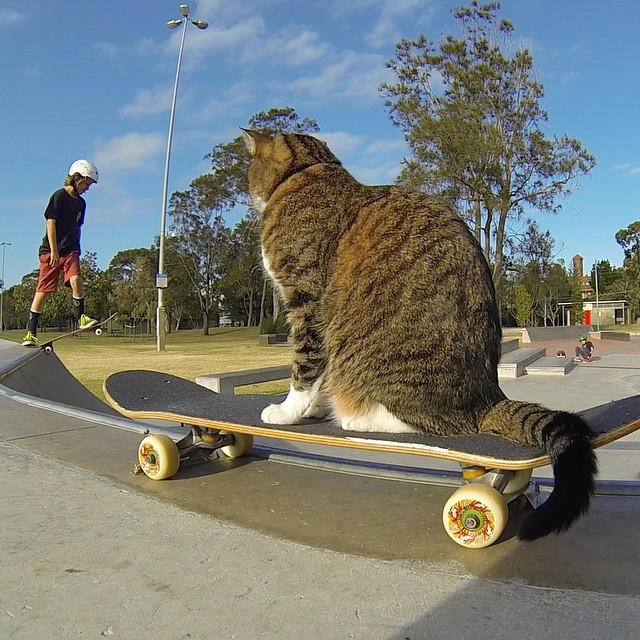 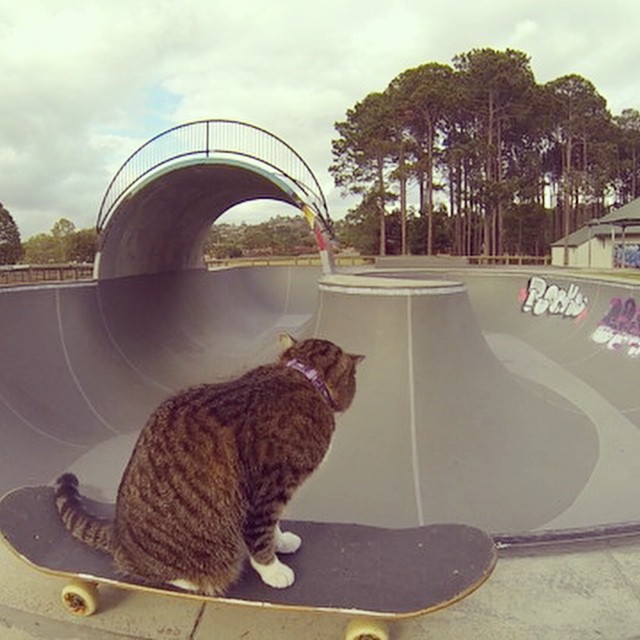 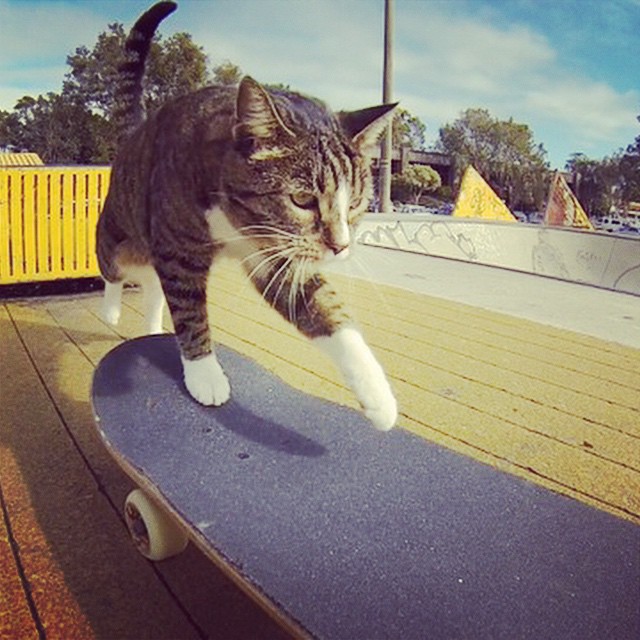