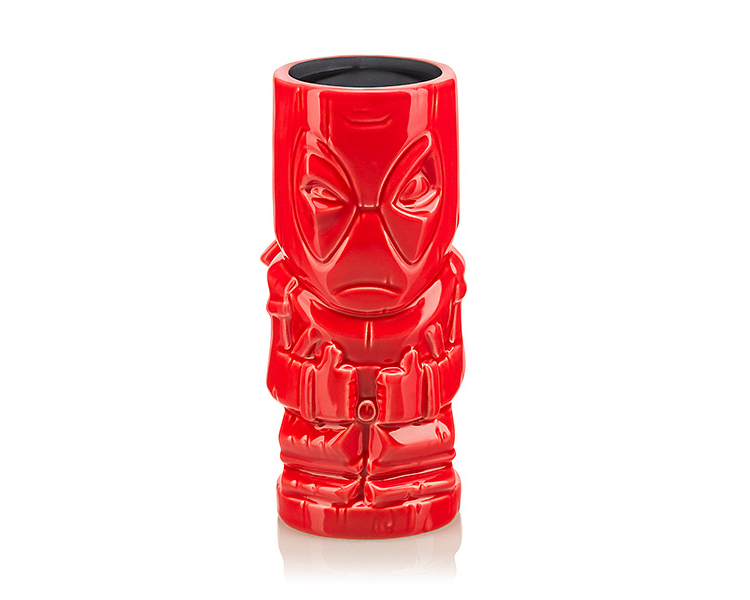 You knew it would come to this. He’s an Avenger. A movie. An cult phenomenon. And now… he’s also a tiki mug.

We could see Wade Wilson using his own tiki mug for a Shirley Temple while he’s Netflix and chillin’ with The Golden Girls. Or filling it with orange juice to prevent scurvy. (He’s not known for having the greatest diet.) But he also throws an unforgettable party, and he’s not particular about his alcohol of choice, so who knows what’s in this thing if Deadpool’s holding it. Just remember never to get into a drinking contest with him. Even if he didn’t have that healing factor, he’d be a ringer.