In the second episode of Darth by Darthwest, a brilliant mashup series by French filmmaker Fabrice Mathieu (previously) that combines Star Wars with North by Northwest, a wary Roger Thornhill (Cary Grant) finds himself traveling on the Millennium Falcon across the galaxy. He takes a look around, but the other characters who don’t seem to understand why he’s there. Perhaps he is their only hope.

This time, he is their only hope!
Cary Grant is back in a new galactic adventure!
When Alfred Hitchcock meets George Lucas… 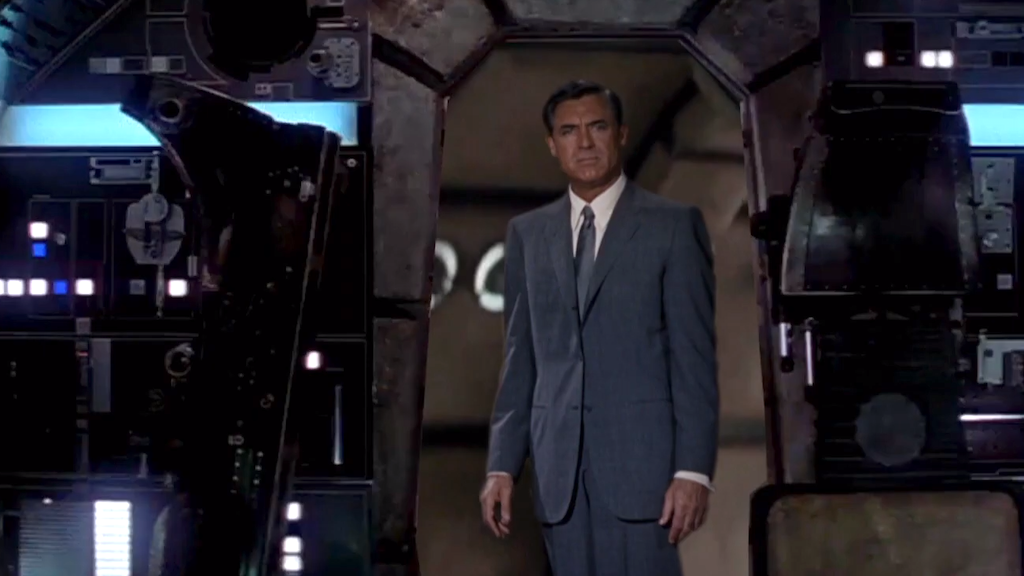