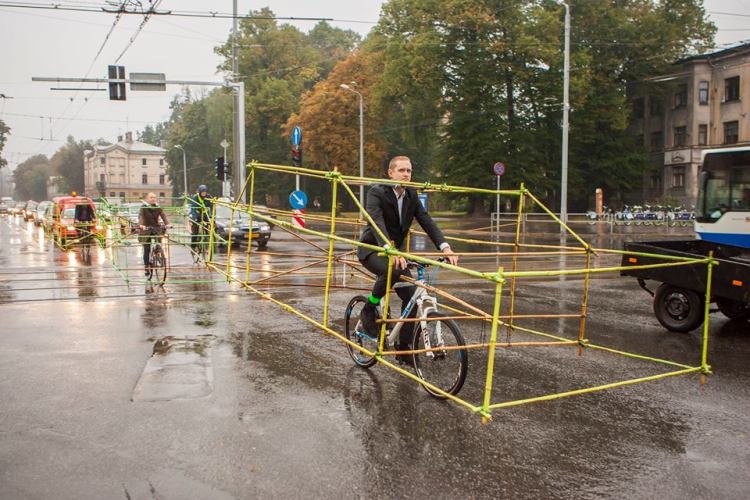 To highlight how much more road a car requires than a bicycle, a group of cyclists recently donned car costumes and took to the streets of Riga in Latvia for a whimsical protest. The costumes were crafted from what appears to be bamboo and resembled wireframe models of full-size passenger cars. The cyclists were part of the group Let’s Bike It!, and the protest took place on World Carfree Day, September 22nd, 2014. 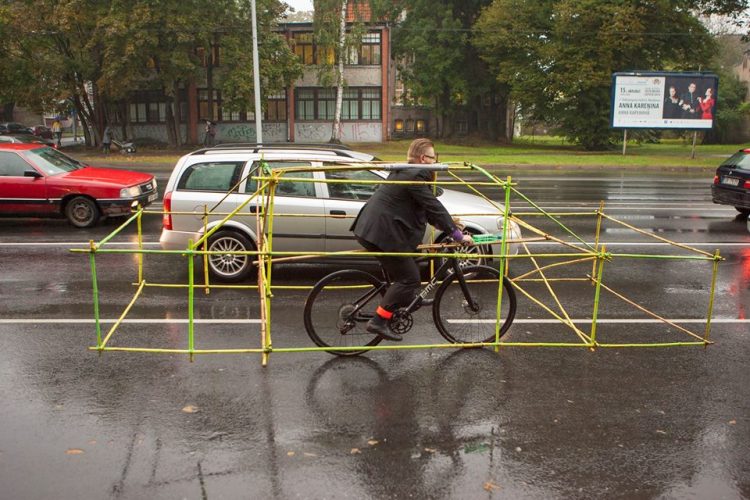 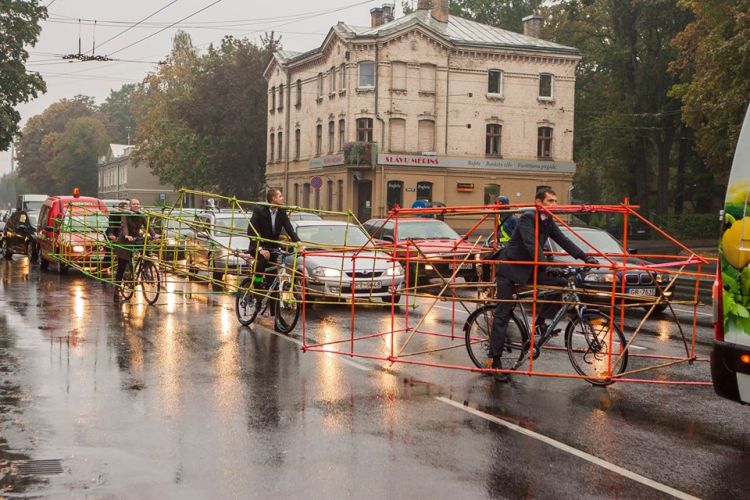 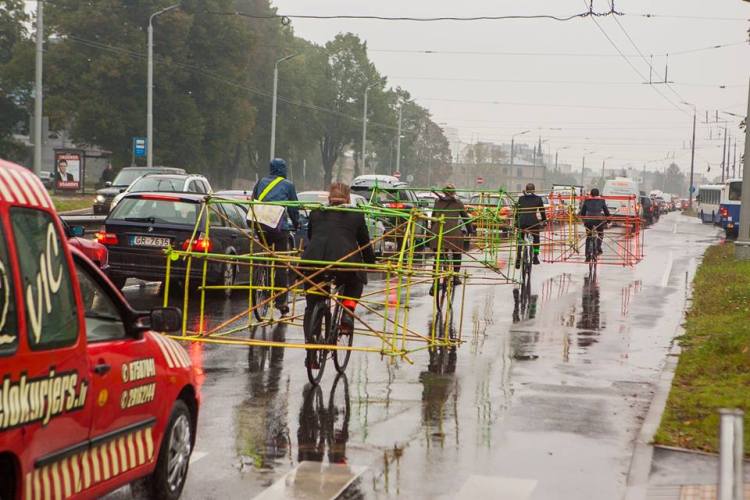 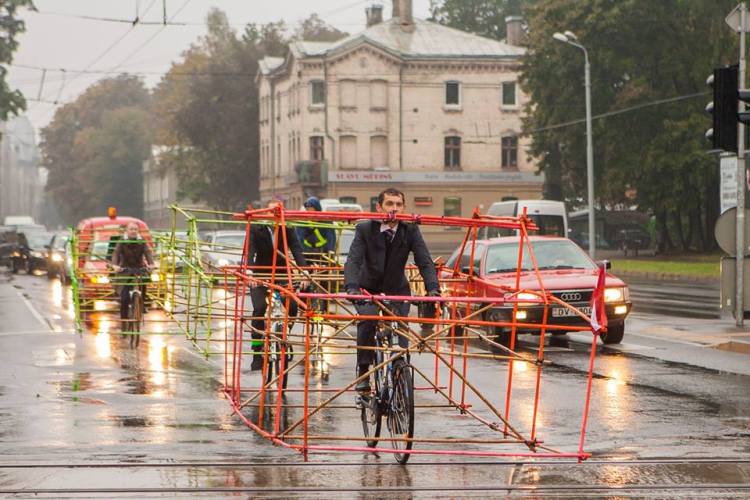