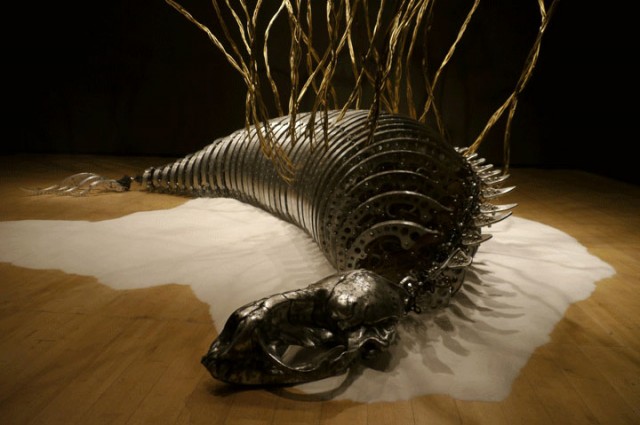 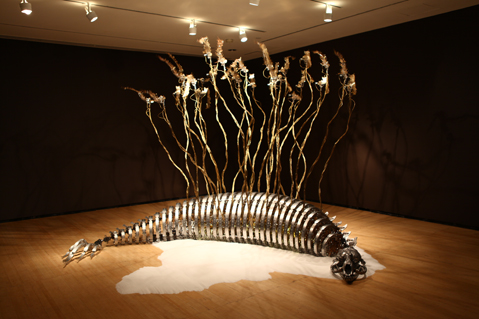 “Custos Cavum” (Guardian of the Hole) by South Korean artist U-Ram Choe is a beautiful kinetic metal sculpture of a skeletal seal that appears to be slowly breathing. It is currently on display at the Asia Society Museum in New York City through December 31. The Asia Society has posted an article about the piece, as well as an interview with the artist and a beautiful video.

Once upon a time, there were two worlds. They were connected to each other through a number of small holes, as if the worlds were breathing through these holes. However, the holes had a tendency to close up, so there were guardians next to each one to keep them open. The guardians were called “Custos Cavum.” They took the form of seals and had large front teeth, which they used to gnaw the holes to prevent them from closing up.

photos via The Asia Society