During a 2006 concert at the Royal Albert Hall in London, legendary guitarist David Gilmour invited singers David Crosby and Graham Nash to join him onstage to provide their powerful vocal harmonies to a moving performance of the iconic Pink Floyd song “Shine On You Crazy Diamond”. 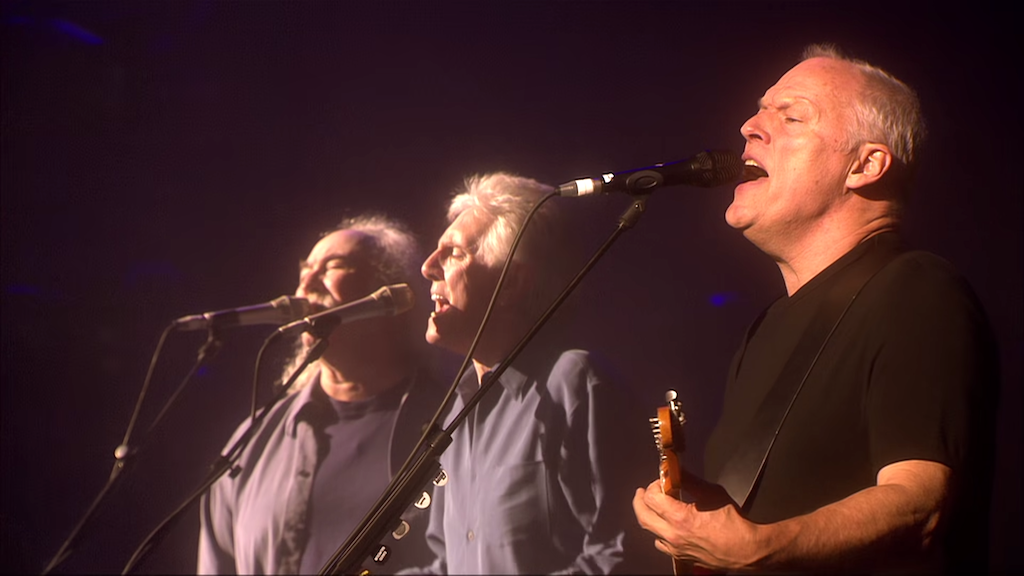 This footage is part of the DVD entitled Remember That Night – Live at the Royal Albert Hall, which captures the whole of Gilmour’s performance on the last four days of May 2006.