From the minds of Bryan Basham and Jeff Hatz of Adjacent LA, the Nerdist Channel video COPS: Skyrim was created and it puts a hilarious COPS television show spin on the popular video game title Skyrim. From the classic shaky camera footage to intense on-foot baddie chases, this first mash-up episode has it all.

According to a comment from Bryan Basham, there will be many more episodes coming out in the future.

In the first episode, the Whiterun guards encounter a “confused elderly man in roadway” “mixing up a batch of God knows what,” a “birthday party out of control” involving flames shot at people, a “possible flatbacker” (“you’re a woman, you’re out here late at night, the milky white shoulders, you’re talking kinda trashy”), a stolen wooden bowl (“oh, he’s a runner”), and a fire without a permit that leads to trouble. 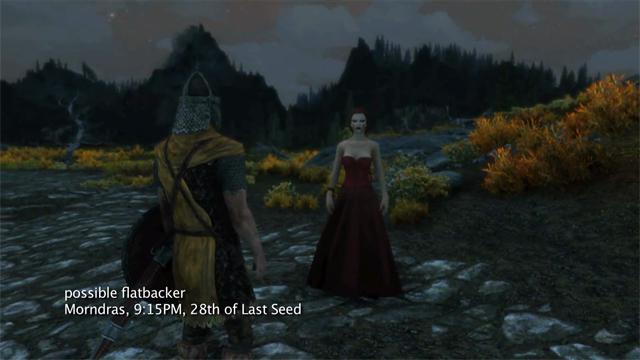 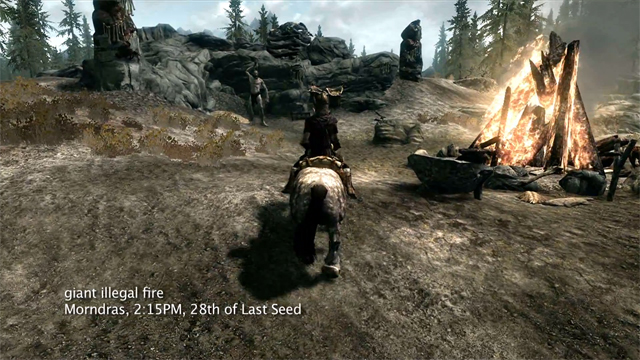 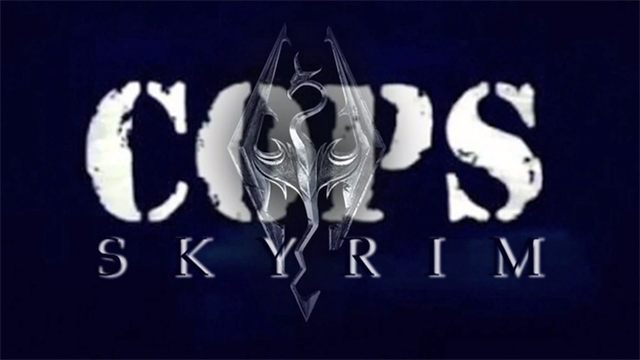