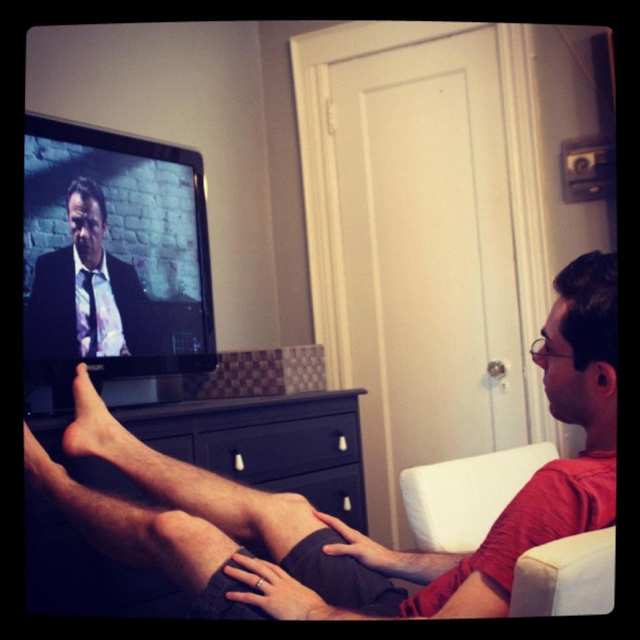 For Mark Malkoff’s Netflix Challenge project on My Damn Channel, comedian and filmmaker Mark Malkoff wanted to see how many Netflix streaming films he could watch in one month. From April 16 to May 15, 2012, starting with The Graduate and ending with Chasing Ghosts: Beyond the Arcade, he watched 252 films on Netflix for a total of 404.25 hours. He even invited a few celebrity friends to join in on the fun.

I want to see how much value I can get for my $7.99 a month. For example if I watch 200 films that works out to about four cents per film.

Malkoff lists all of the 252 films that he watched on his blog.