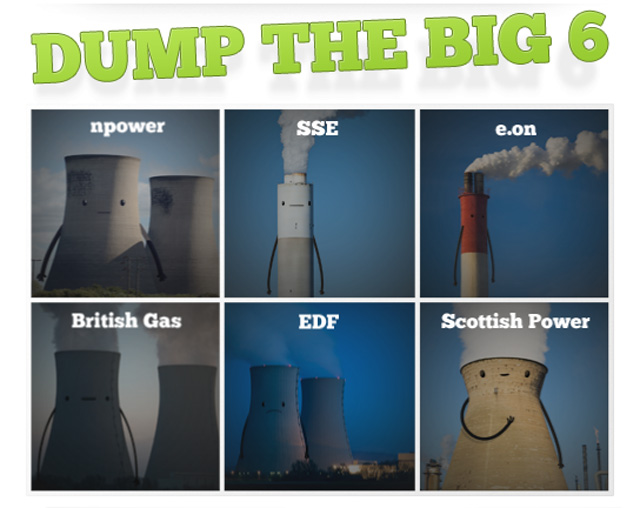 It’s time to move on. Our country, and all of us, need to move from a fossil fuel past to a renewable energy future.

The mood in Britain has turned very much against the Big Six energy companies. And it’s not hard to see why. People are fed up with the unethical pricing, complex tariffs, awful customer service and the dire lack of investment in new sources of green energy.

It’s become quite unbearable, self evidently. Even the government are calling on people to leave the Big Six.

People:Power can bring change to the energy sector — when people join Ecotricity they vote with their energy bills – and the more that do so the better. Together we can harness the energy bills of Britain and direct them to a proper outcome – the creation of a Green, energy independent Britain — a Green Britain.