CollegeHumor has released a teaser trailer for their first feature film, Coffee Town. It is being written and directed by Brad Copeland (Arrested Development) and features a cast full of familiar faces, such as: Glenn Howerton (It’s Always Sunny in Philadelphia), Josh Groban (singer and Crazy, Stupid, Love), Adrianne Palicki (Friday Night Lights), Jake Johnson (New Girl), Ben Schwartz (Parks and Recreation) and Steve Little (Eastbound & Down). Coffee Town is scheduled to release on Tuesday, July 9, 2013 in select theaters and “on demand everywhere.”

Coffee Town is an updated workplace comedy for the generation that works out of coffee shops. Will (Glenn Howerton) is a 30-something website manager who uses local café, Coffee Town, as his office. When the owners of the shop discuss plans to convert Coffee Town into a bar, Will enlists the help of his two best friends Chad and Gino (Steve Little and Ben Schwartz) to save his freeloading existence. In order to thwart the plans of Coffee Town’s owners, the trio stages a robbery to create the illusion of an unsafe neighborhood not suitable for the proposed venue. Also standing in their way is Sam (Josh Groban), a disgruntled barista with delusions of grandeur—he wants to be a rock star—and Will’s heartache over unrequited love for Becca (Adrianne Palicki). 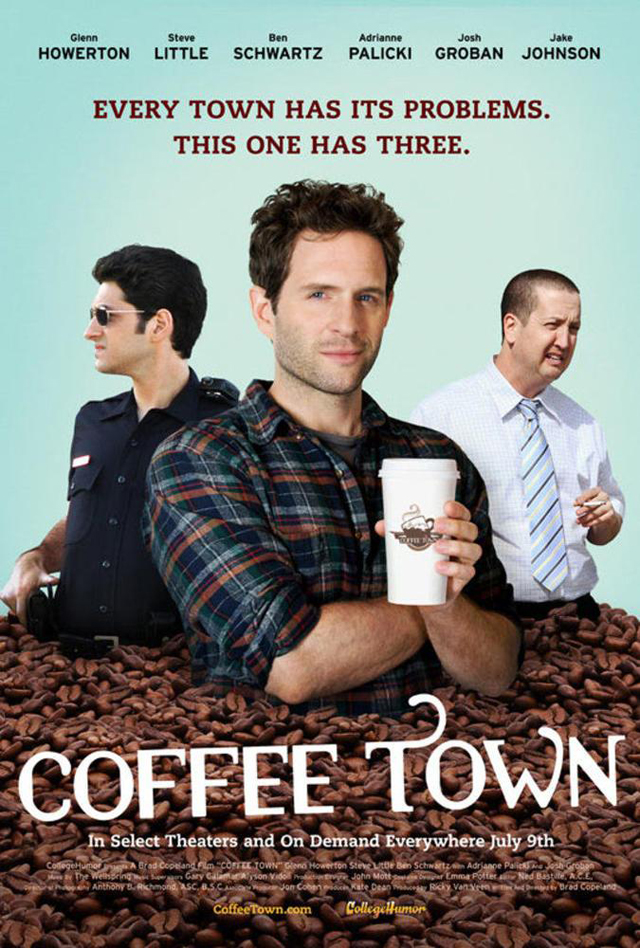 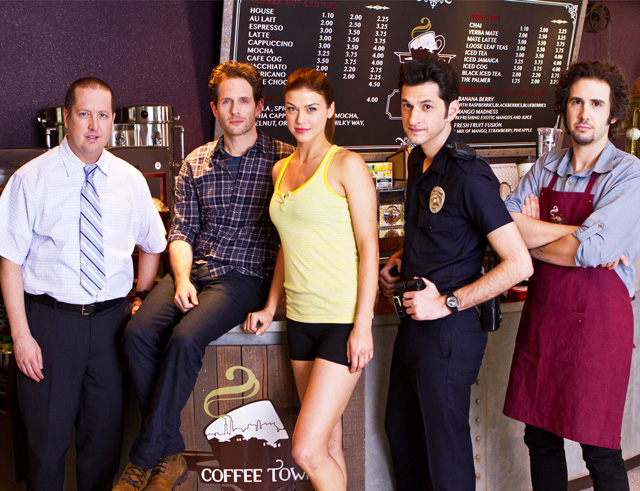 video and images via Coffee Town