Clockwork is an amazing ball machine constructed with K’NEX building toy pieces by 21-year-old Austin Granger (aka “Austron“) of St. Paul, Minnesota. The structure is made up of over 40,000 pieces, over 450 feet of track and it took Austin approximately 8 months to complete. Once the two illuminated computer-controlled balls take off onto the track, it really brings the beastly machine to life. You can check out Austin’s earlier Labyrinth and Blue Fox ball machine builds in the videos below. We have previously written about another impressive custom K’NEX build in our post titled A Full Size Skeeball Machine Made From K’nex Building Toy Pieces.

As stated by Austin:

This is Clockwork, my fifth major K’nex ball machine, and my largest and most complex K’nex structure to date. It took 8 months to build, has over 40,000 pieces, over 450 feet of track, 21 different paths, 8 motors, 5 lifts, and a one-of-a-kind computer-controlled crane, as well as two computer-controlled illuminated K’nex balls. 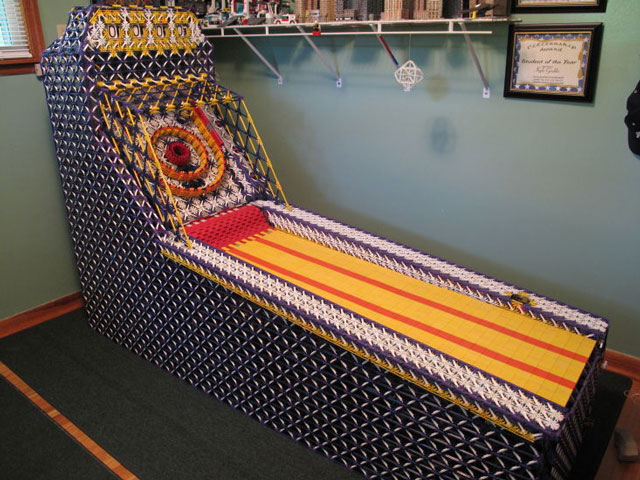 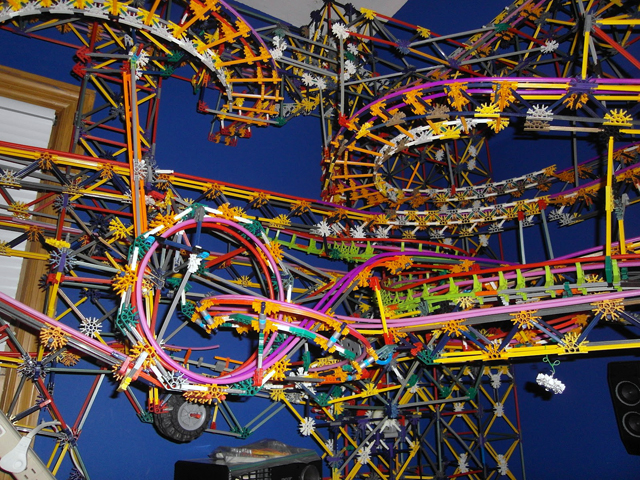 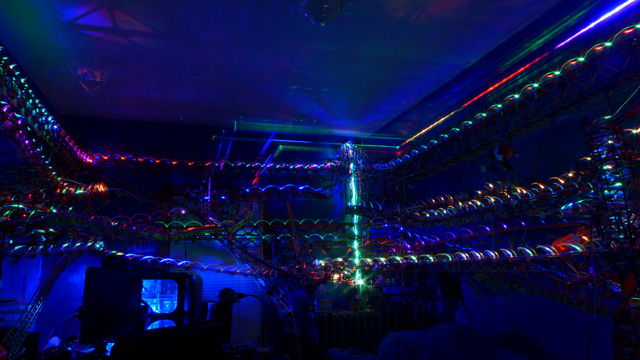