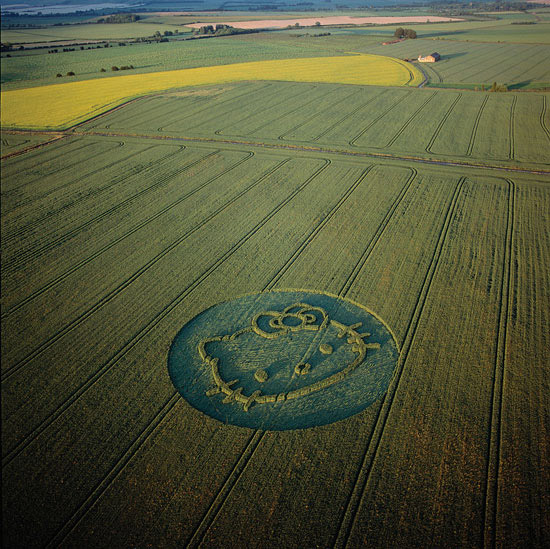 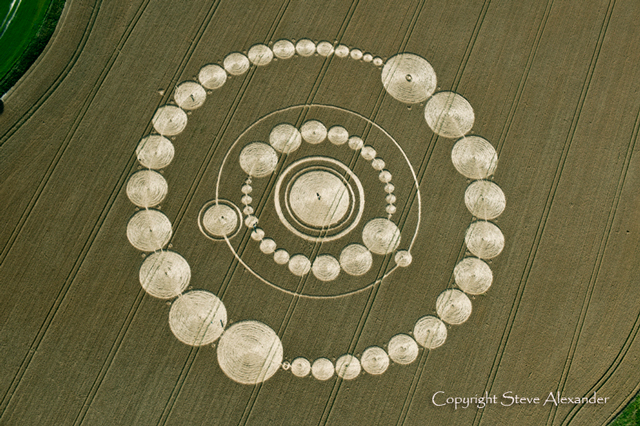 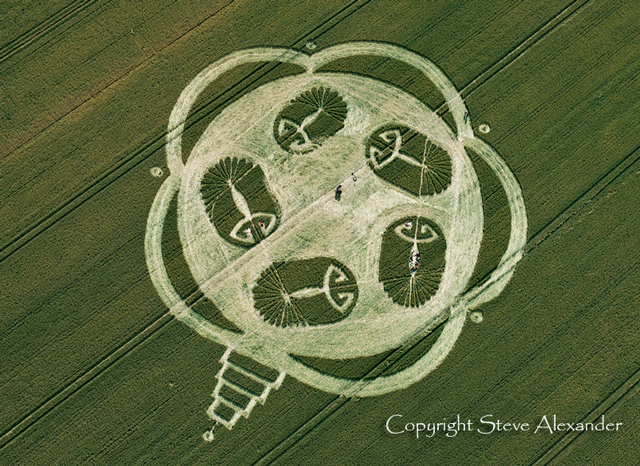 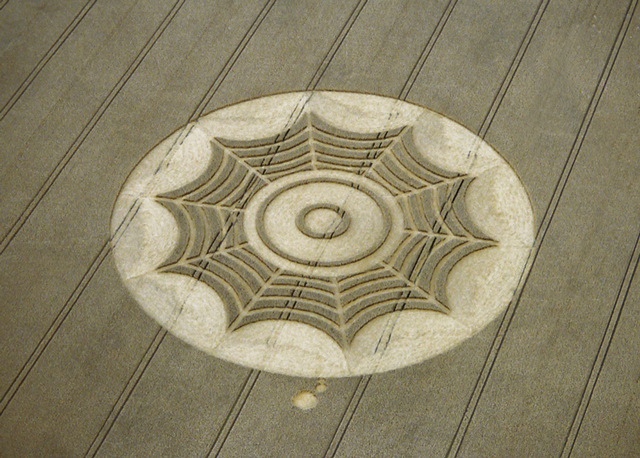 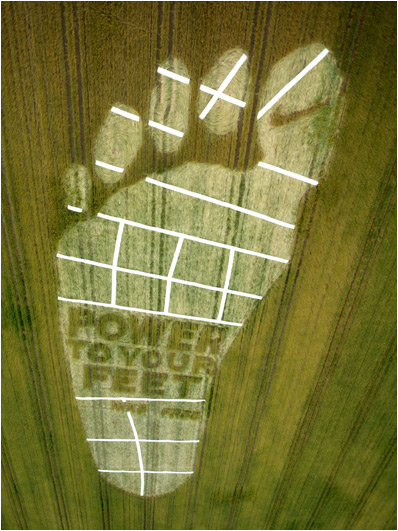 Cereologists, or crop circle research scientists, have been chalking up crop circle formations to the paranormal handiwork of space aliens (or even metereological disturbances!) since the international phenomenon reached a peak in the late 1970s. In 1991, pranksters Doug Bower and Dave Chorley revealed themselves as the creators of these massive field sculptures and copped to making over 200 circles from 1978 to 1991 using very simple crop-crushing tools of a wooden plank, rope and a baseball cap “fitted with a loop of wire to help them walk in a straight line”.

Since then, a group called the Circlemakers based in England have taken over where Bower and Chorley stopped. Artists Rod Dickinson and John Lundberg started Circlemakers in 1995 and were later joined by Wil Russell and Rob Irving. Now more elaborate than ever but still using the same simple tools, the team makes new formations for art’s sake and for commercial clients like Nike, the band Korn, Hello Kitty and many others.

Circlemakers Rob Irving and John Lundberg have written a book titled, The Field Guide: The Art, History and Philosophy of Crop Circle Making and a Beginner’s Guide to creating crop circles is available on their website.

Now, in the first book of its kind – part history and part how-to guide – the secrets of the crop circle world are revealed, by the people behind the modern era’s most astounding art practice.
Whether you think crop circles represent a genuine mystery, a new kind of art, or an elaborate practical joke, The Field Guide is sure to leave a lasting impression.

via The Art of the Prank