In 2013, we wrote about the Christmas Tinner by GAME, an entire holiday dinner layered inside a can for those gamers who don’t want to take a break from playing, even to celebrate the holiday.

In 2019, the company introduced both a vegetarian and vegan option for gamers who don’t eat meat.

The ‘Christmas Tinner’ is back – a 3-course meal in a tin for those hardcore gamers that don’t want to leave their gaming chair on Christmas day. And due to popular demand, alternative options are now available for Vegan and Vegetarian gamers too.

The vegetarian Christmas Tinner has a bit of dairy in its ingredients:

The vegan Christmas Tinner has no animal products at all: 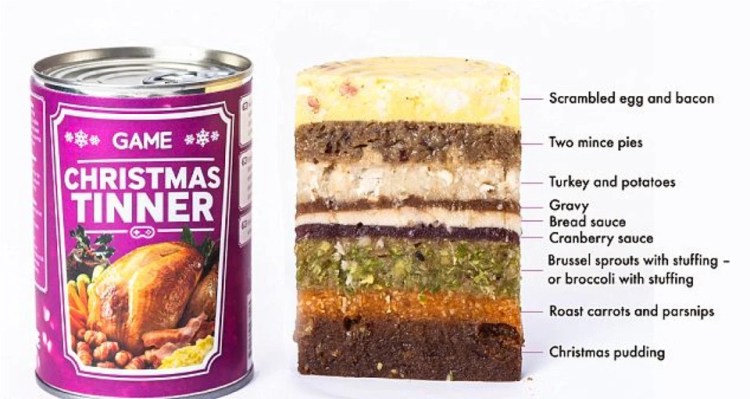 And the original Christmas Tinner remains the same as in years past.