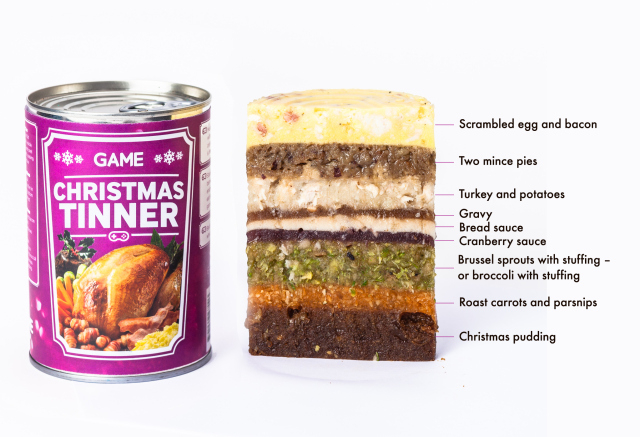 UK video game retailer GAME has created Christmas Tinner, an entire holiday dinner layered in a can “for gamers across the nation who can’t tear themselves away from their new consoles and games.” Here’s what’s in it:

Layer one – Scrambled egg and bacon 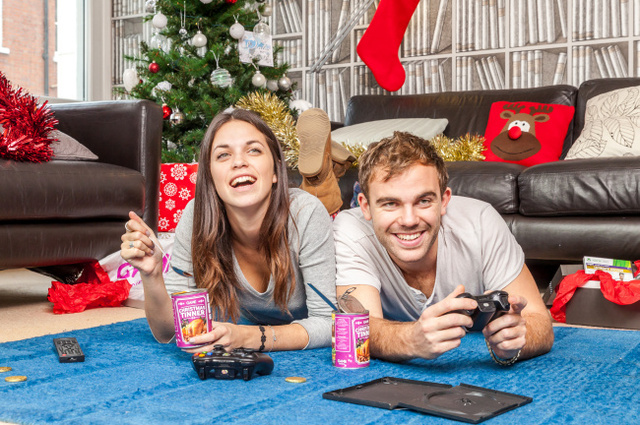