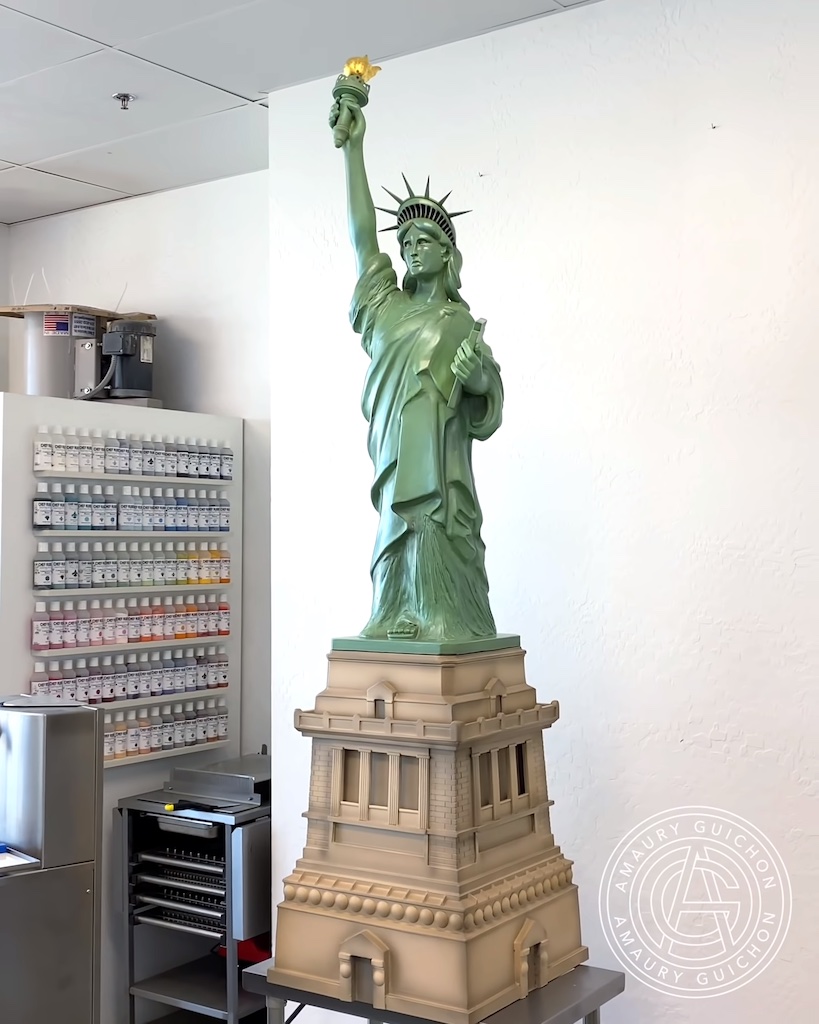 Chef Amaury Guichon (previously) of the Pastry Academy crafted an absolutely stunning and incredibly detailed miniature replica of the iconic Statue of Liberty out of chocolate. Guichon stated that no only was this his tallest piece, but that the subject inspired him as he immigrated to the United States from France in 2013 and obtained US citizenship rather recently.

This new chocolate creation is very dear to me! It weighs 115lbs and peaks at 7ft, it is my highest showpiece yet. I came to the US 8 years ago and finally became a citizen recently, it was really important for me to mark the occasion on this special holiday using a powerful symbol offered by the French to the United States as a gift of friendship.