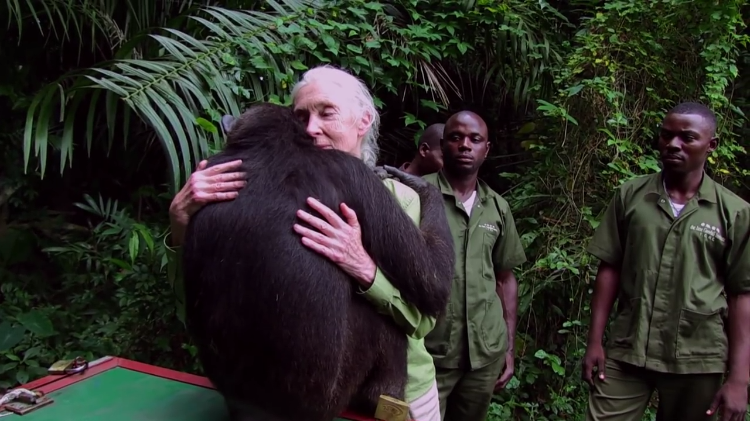 In June of 2013, Dr. Jane Goodall and team set out to release a chimpanzee named Wounda back into the wild. Wounda had spent a great deal of time at the Tchimpounga Chimpanzee Rehabilitation Center in the Republic of Congo being treated for a life threatening illness from which she had since recovered. Before heading out into the jungle, however Wounda doubled back to express her sincere appreciation to the entire team and give the iconic primatologist a truly grateful hug.

This amazing video documents the story of Wounda, one of the more than 160 chimpanzees living at the Jane Goodall Institute’s Tchimpounga Chimpanzee Rehabilitation Center in the Republic of Congo. Thanks to the expert care provided at Tchimpounga, Wounda overcame significant adversity and illness and was recently relocated to Tchindzoulou Island, one of three islands that are part of the newly expanded sanctuary. Dr. Jane Goodall was on hand to witness Wounda’s emotional release, and now you can too.