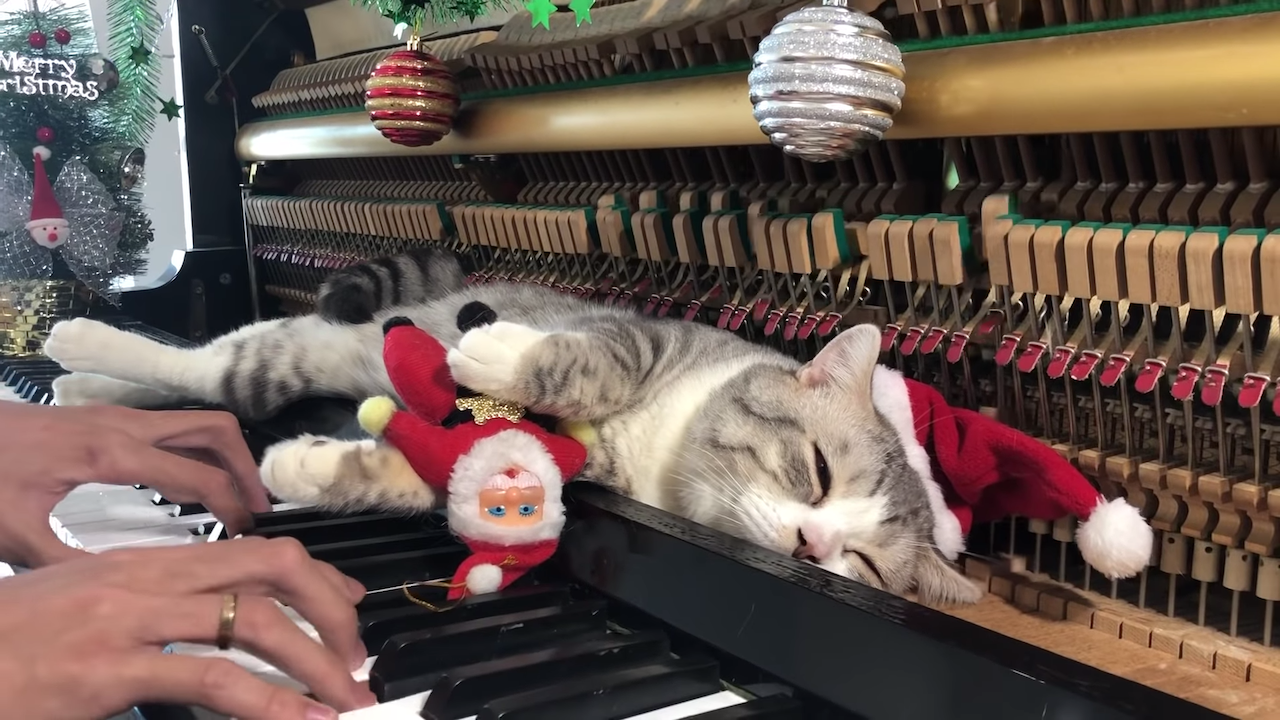 A sleepy kitty named Haburu who enjoys napping next to the hammers on his human’s upright piano, got into the holiday spirit by placing himself in his usual position while his human played a variety of Christmas carols. Haburu alternated between napping, lazily stretching and playing with the keys. Occasionally, he also required a bit of attention from his musical human.

Haburu also invited his sister Pineapple to join them in the holiday spirit.