When Brooklyn-based filmmaker Natasha Raheja noticed that the words “Made In India” were prominently stamped onto every manhole cover in New York City, she sought to trace the origins of that simple but incredibly compelling statement. The resulting short film, “Cast in India” documents each step of the production process performed by barefoot foundry workers in the industrial city of Howrah in West Bengal, India. This past July, Raheja talked about her experience with Rachel Link of National Geographic Short Film Showcase.

Cast in India raises questions around the disparate conditions that shape the geographies of production and consumption of everyday urban objects. Amidst this, I hope viewers recognize the dignity and skill of the foundry workers. The film also makes me think about how the mobility of workers compares to the mobility of the goods that they make. Enlivening the objects around us, the film also points to questions around the entrenched structures and conventions that obscure people and relations from our purview.

The film can be purchased and viewed in its entirety through Raheja’s site. 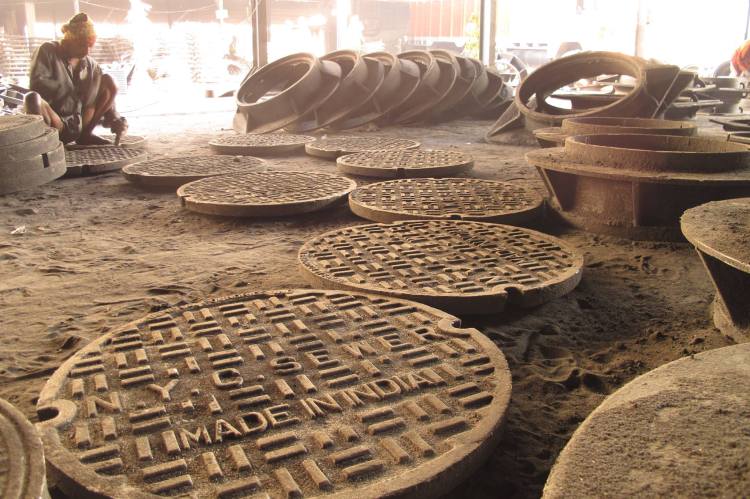 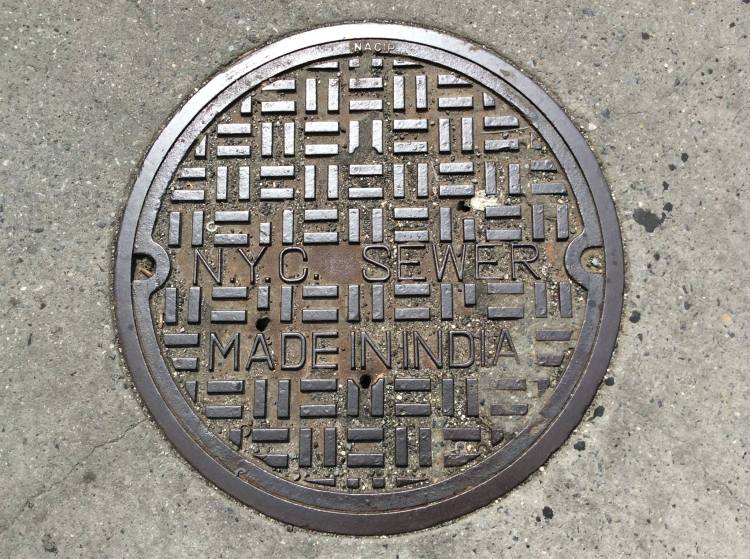 images via Cast in India