Matt Inman of the widely adored cartoon series “The Oatmeal” narrates a self-illustrated story about his childhood, his love of food, his “Blerch” alter-ego and his passion for running in a recent episode of “Seeker Stories” by Saucony.

I used to have this idea that if I stopped mid-run, if I stopped then this overweight sad version of myself would catch me and that’s what ended up becoming the “Blerch” …I started running when I was 23-years old. It’s one of the very few things I can do that gives me a sense of peace. But when people think of runners, they think that I wake up and do pilates and then I have kale for breakfast. No, I’m running because I have a hangover and like, I had corndogs for breakfast. 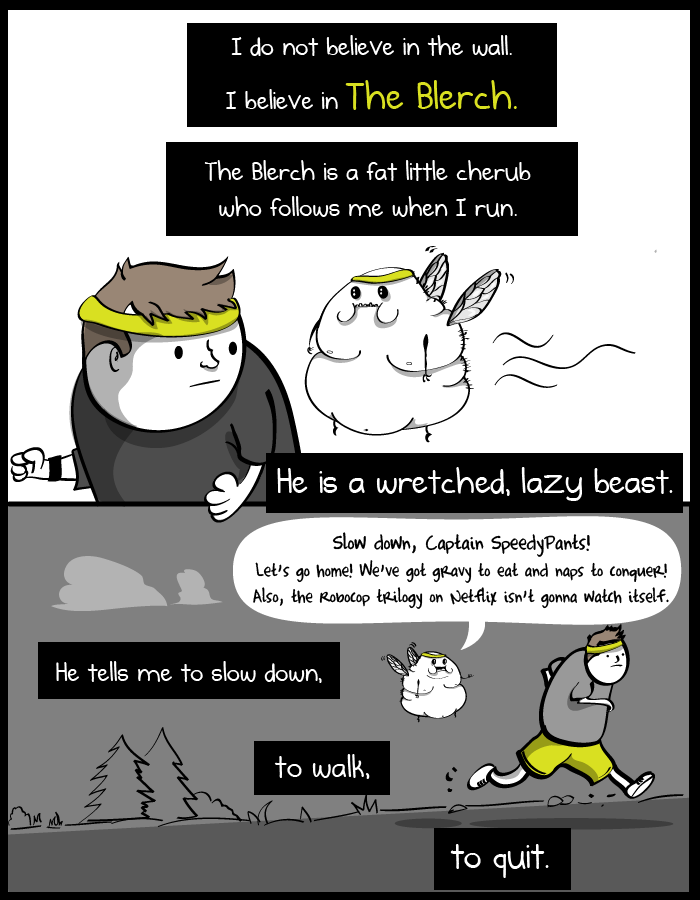 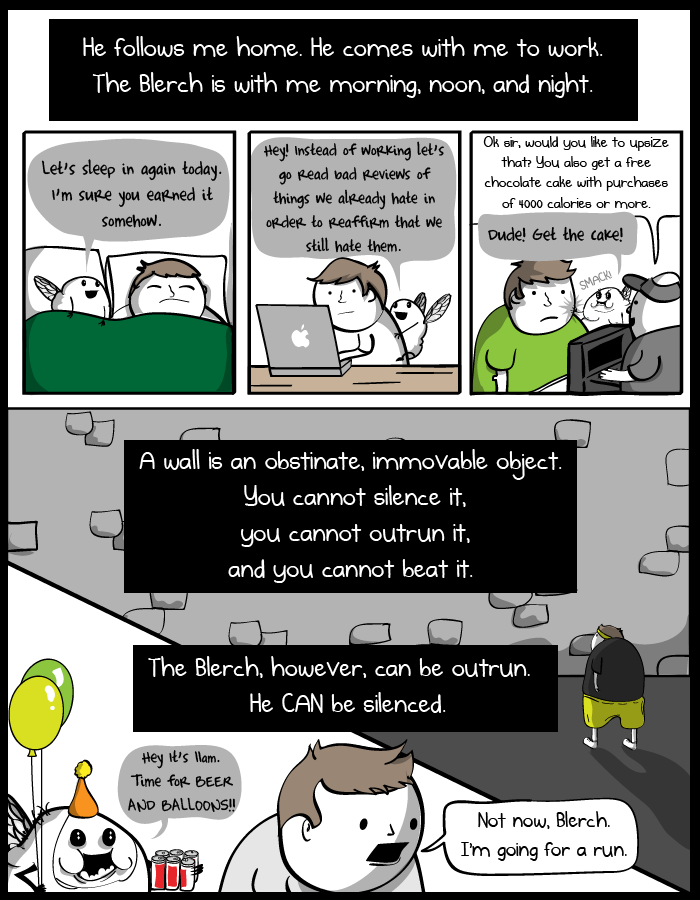