DreamWorksTV has released the first trailer for Captain Underpants, the upcoming animated comedy film based on the children’s novel series of the same name by Dav Pilkey. It will follow elementary school students, George Beard (Kevin Hart) and Harold Hutchins (Thomas Middleditch), who hypnotize principal Benjamin Krupp (Ed Helms) and transform him into the superhero Captain Underpants. Captain Underpants is set to fly into theaters on June 2nd, 2017.

George Beard and Harold Hutchins are best friends who spend their days creating comic books and dreaming up pranks. One day they accidentally hypnotize their school principal into believing that he is Captain Underpants, a dimwitted super hero whose costume consists of underwear and a cape. As if this isn’t bad enough, their newest teacher is a disgraced evil scientist bent on exacting his revenge at their school. George, Harold and Captain Underpants must band together to thwart his evil agenda. 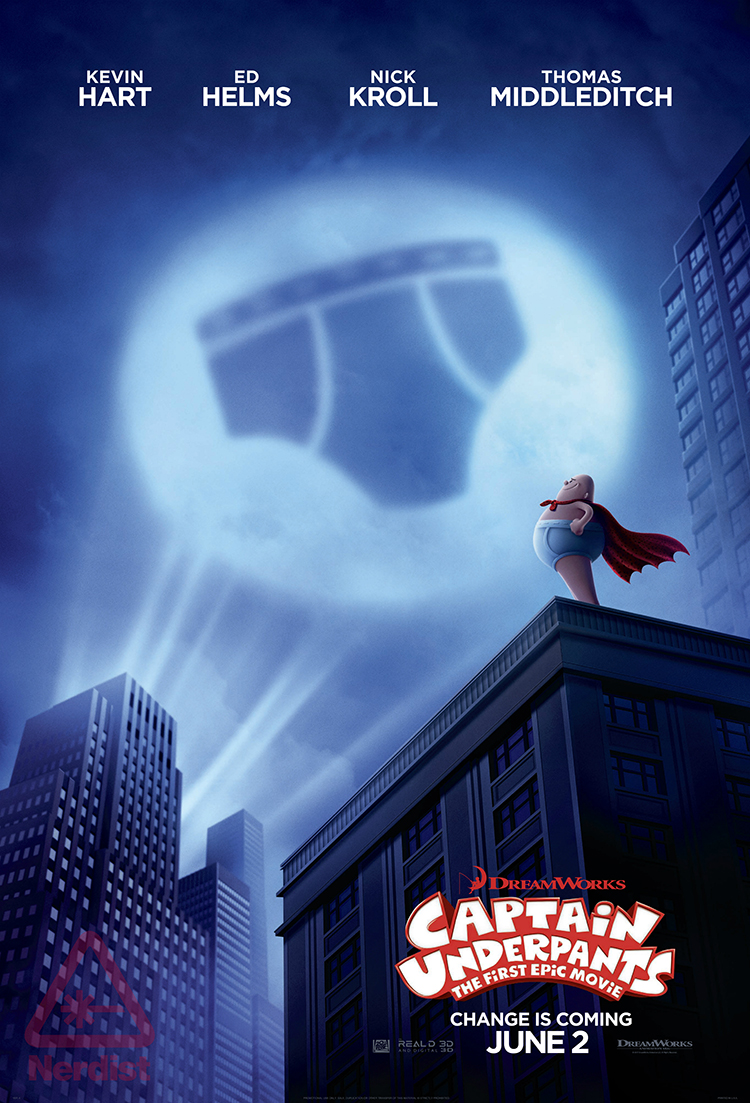